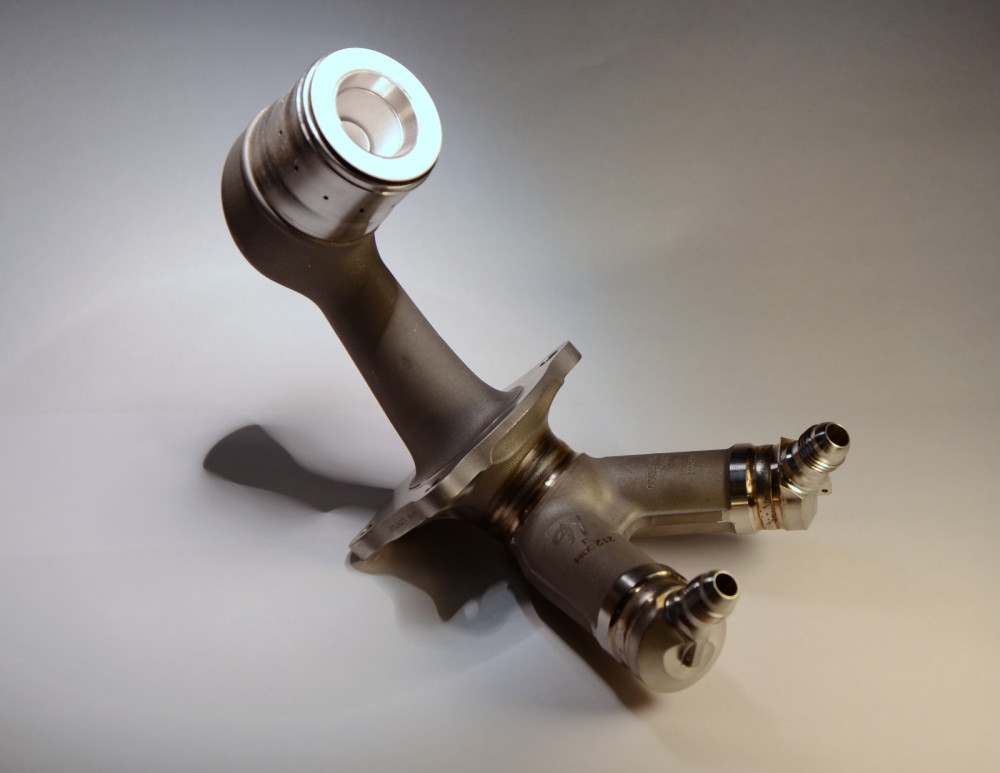 GE Aviation recently unveiled a powerful and ultra-efficient engine targeted at the global turbo-prop market.  This innovative new engine is made possible in part thanks to 3D printing technology.

It took the team at GE seven years to design this cutting-edge engine, which can deliver up to 1,650 shaft horsepower, 10% more than other engines of the same class. They were also able to create an engine that reduces fuel consumption by 20%.

They achieved this by employing state-of-the-art 3D printing technology, consolidating hundreds of components into a much smaller number of parts which could be easily printed from steel and titanium. Doing this cut costs, and incorporating some parts – such as variable stator vanes – which are generally only seen in jet engines, also helped create more fuel efficiency.

Simplifying the design – for instance, parts used to make nozzles were reduced from 18 to 1 – and introducing new design features such as intricate cooling pathways and support ligaments resulted in durability that’s five times greater than that found in conventional manufacturing processes.

This has been made possible by new advances in laser technology, as well as more robust 3D-printing machines. Scientific teams around the globe continue to create new material combinations, leading to more options for advanced parts. GE anticipates producing over 100,000 3D printed parts by the end of this decade.