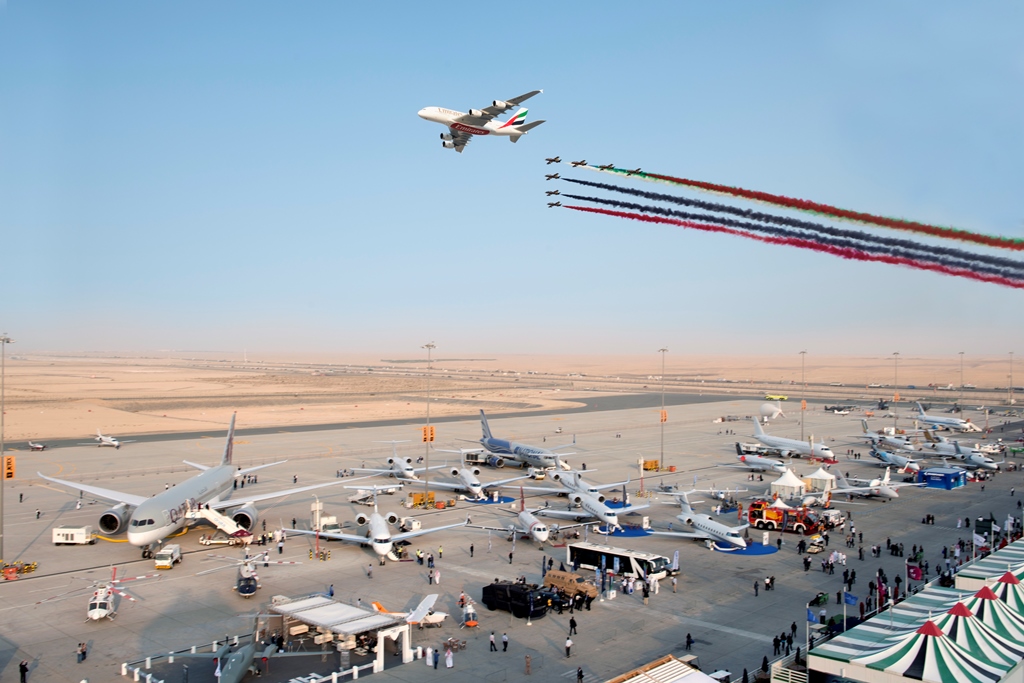 The biennial Dubai Airshow has achieved liftoff, and runs through November 12th. Its new location at Dubai World Central will also host the World Expo in 2020, and it looks the part. The spacious exhibition space and central location is a boon for attendees, with over 1100 exhibitors expected this year and 160 aircraft on display. The event promises to showcase new product debuts, incredible innovations and act as a launch platform for the latest aviation technologies

Whether you’re already in Dubai for the event or know someone who is, here’s what shouldn’t be missed at the show: