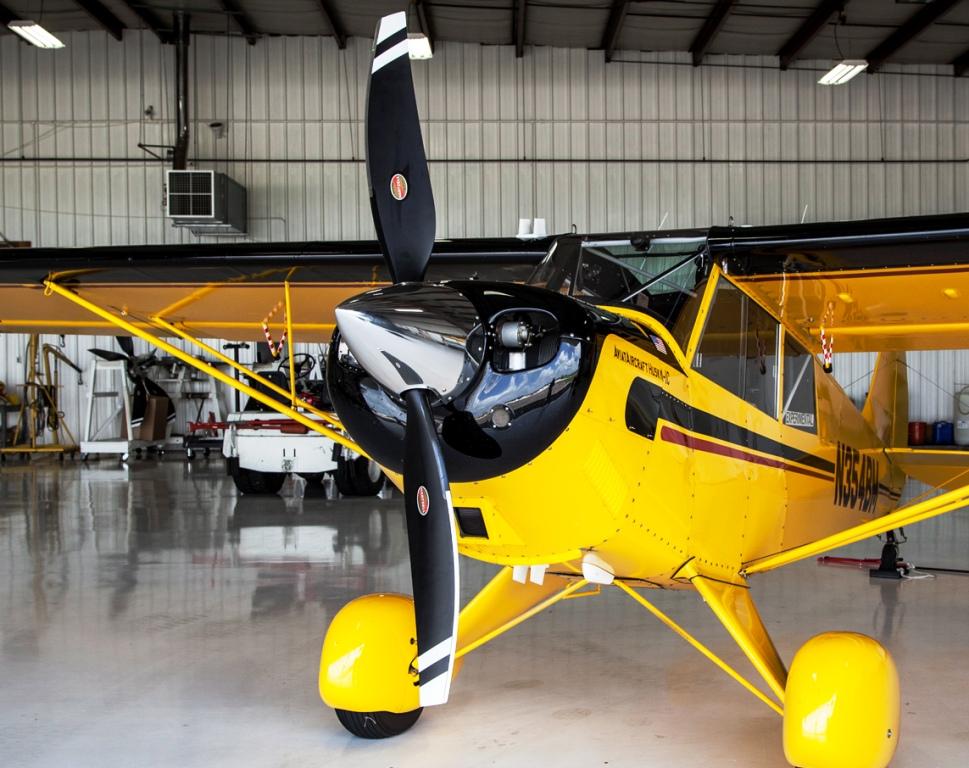 In 1985, Frank Christensen of Christen Industries set out to design an affordable light aircraft to meet the unique aviation needs of backcountry bush pilots. Using the Piper Super Cub as inspiration, he designed a “huskier” utility aircraft that’s now recognized as one of the most as versatile, robust, and rugged bush planes around: the Aviat Husky.

The Husky is a single-engine taildragger aircraft that features tandem seating and dual controls. The 180-horsepower Husky is powered by a Lycoming 0360 engine and comes standard with a Hartzell constant speed metal or composite propeller, enabling the aircraft to reach cruise speeds of up to 140 miles per hour.

Not surprisingly, the Husky is a favorite among adventurous bush pilots for its short-field takeoff and landing capabilities and smooth handling in all kinds of terrain. The aircraft can be equipped with floats, skis, or tundra tires, allowing pilots to maneuver in nearly any type of environment.

The Husky’s braced high-wing arrangement offers optimal visibility, making it useful for a variety of aerial roles, including observation duties, wildlife and environmental aerial patrols, and even glider towing.

Today, the Husky line is handcrafted and produced by Aviat Aircraft, Inc., in Afton Wyoming, which also houses the production of Pitts aircraft and Christen Eagle and Pitts kits. Over the years, Aviat Aircraft has continued to improve the Husky’s design and performance, offering a wide array of additional options including Garmin-equipped panels, tires, lights, and custom paint treatments. The Aviat Husky also pairs perfectly with Hartzell’s Trailblazer advanced composite propeller, a two-blade prop that was designed for improved STOL performance with backcountry bush flying in mind.