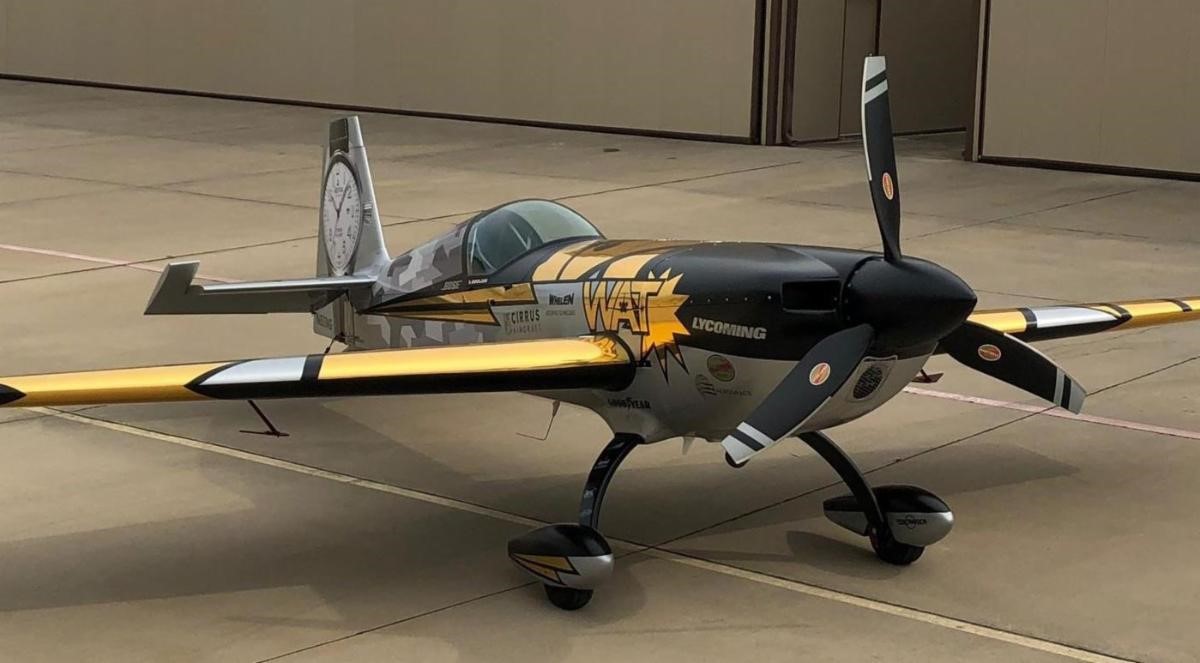 If you’ve been to an airshow in the past few decades, there’s a very good chance you’ve seen an Extra aerobatic aircraft in action. “Extra” is an appropriate word to describe the best-selling aerobatic aircraft, which offers extra power, extra performance, extra luxury, and extra freedom. But the aircraft actually got its name from its inventor, the German aircraft designer and former aerobatic competitor Walter Extra.

As an award-winning international aerobatic pilot and trained mechanical engineer, Extra decided to put his skills to work designing and building his own aerobatic aircraft in the 1980s. Extra’s first propeller-driven, single-seat aircraft, the EA-230, was notable for its extreme handling, easy maneuverability, high-performance capabilities, and reliability. Soon, it was winning competitions around the world.

Over the years, Extra continued to refine his designs and produce competition-winning aircraft. In 1988, he introduced the 300 series, beginning with the original EA-300 two-seat version. The EA-300 has a steel fuselage covered in aluminum and fabric and carbon fiber wing spars to lighten the plane. The powerplant is a six-cylinder Lycoming AEIO 540 engine producing 300 horsepower.

As the Extra 300 series evolved over time, carbon fiber materials were used more extensively to reduce the weight of more powerful powerplants without sacrificing the aircraft’s structural integrity. After the initial success of the original two-seat 300 and single-seat 300S, Extra introduced the 300L, a low-wing variant of the two-seater aircraft certified for unlimited level aerobatics at plus or minus 10 Gs (for solo aerobatics). The 300L also offered improved visibility and a more comfortable front cockpit. Later variants in the 300 series incorporated the low-wing design introduced with the Extra 300L. Today, more 300L aircraft have been produced than any other model in the Extra line-up.

Although it began as an experimental one-man operation, Extra Aircraft is now an international success, producing the aircraft of choice for the world’s top aerobatic pilots. The Extra 300 series is considered by many to be the most successful certified sport, performance, and unlimited category aerobatic aircraft in its class.

The Talon Prop: Taking Extra 300 performance to the next level

Aviation superstar Michael Goulian was the Talon’s launch customer and has flown the propeller on his single-seat Extra ever since. “I have made a living flying Hartzell props in aerobatic shows and very competitive air races for years,” Goulian said.

“My flights with Hartzell’s Talon showed an increase in performance while also contributing to crisper execution of the aerobatic maneuvers that are the hallmark of my show. The smoothness and responsiveness of this propeller is second to none,” Goulian added.

Aerobatic pilot Kevin Coleman also completed his first flight with the new Hartzell Talon on his aerobatic Extra. “Climbing out, it felt really smooth, which those of you who’ve flown a big pumped-up motor know that they’re not always smooth. This is definitely the future of aerobatic airplanes right here,” Coleman said.

“It is beautiful the way Hartzell designed these blades. Going into aerobatics, it definitely has more pull. It just goes harder. It gets out of the hole faster which is really good for aerobatics. It has good braking,” he added.