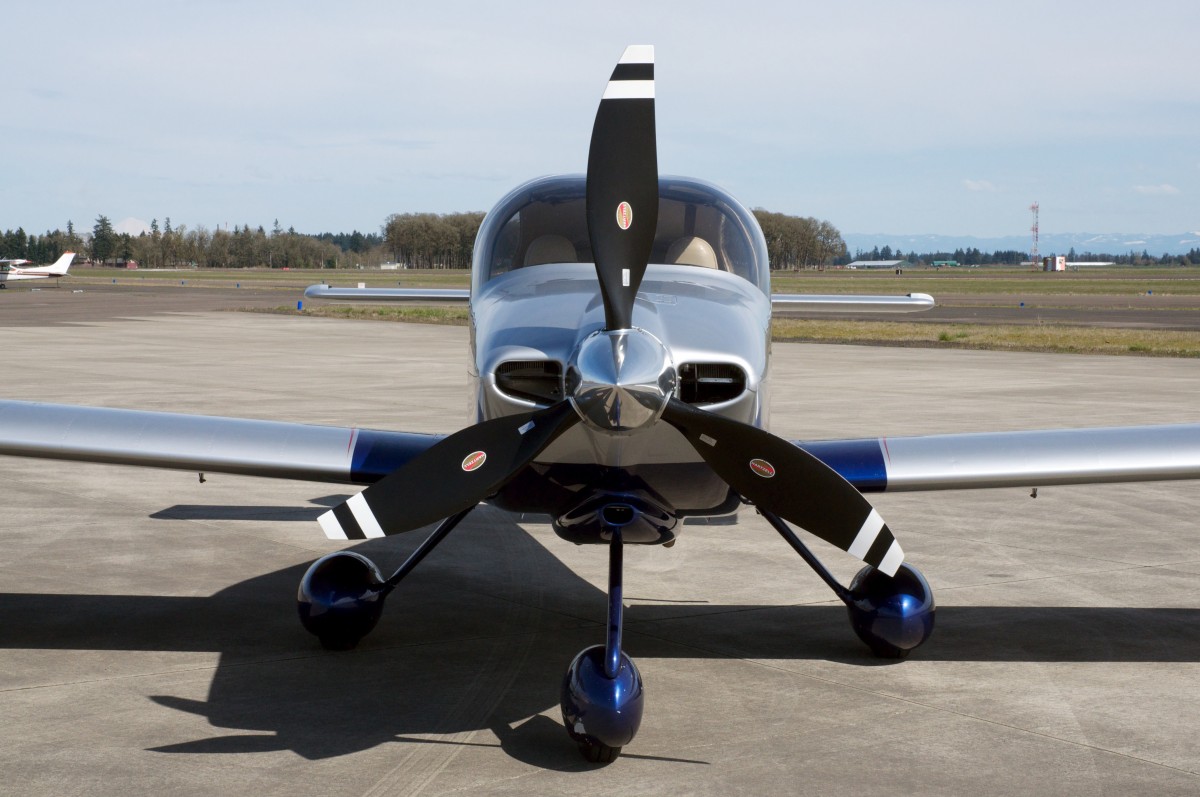 In the early 1970s, a young engineer and pilot from Oregon named Richard VanGrunsven set out to “build a better mousetrap” by designing an aircraft completely from scratch. Little did he know that his humble homebuilt design would set the stage for one of the most successful aircraft kit-manufacturing companies in aviation history.

VanGrunsven first began experimenting with homebuilt aircraft by making performance-enhancing improvements to a Stits SA-3A Playboy. He then sold the plans for the modified aircraft he named the RV-1 (after his own initials) to other builders. However, VanGrunsven was unsatisfied with the performance of the RV-1, and soon began working on the RV-2, intending to build an aircraft entirely of his own design. As it turns out, the RV-2 design didn’t meet his high standards either, and the project was never completed.

VanGrunsven refused to give up, and decided to go back to the drawing board to build an aircraft that provided the best combination of speed, aerobatic abilities, and STOL capabilities. After months of designing and testing, he built the RV-3, a single-seat taildragger that could fly at over 200 miles per hour on only 150 horsepower.

The aircraft was an instant success at the 1973 EAA Oshkosh fly-in, and word spread quickly about the new affordable and fun-to-fly aircraft. VanGrunsven left his job to found Van’s Aicraft, Inc., operating from a small shop behind his home. Soon, the company grew to over 50 employees and achieved a global following among the kit-building community.

Over the years, Van’s Aircraft has expanded the RV series to meet the changing needs of general aviation pilots, and the series ranges from the RV-3 to the newest RV-14 with side-by-side seating. According to Van’s Aircraft, completion rates of RVs average about 1.5 per day, and the company’s 10,000th aircraft flew in December 2017.

At Hartzell Propeller, we work with all types of kit manufacturers, including Van’s Aircraft, to design propellers that match the aircraft and provide greatest possible efficiency. We have a range of FAA-certified propellers available, which have been designed and tested to meet rigorous standards and offer less risk when used with an approved engine combination.

To learn more about using a Hartzell Propeller and finding an approved engine/propeller combination, see our Kitplane FAQ’s or contact one of our technical specialists.