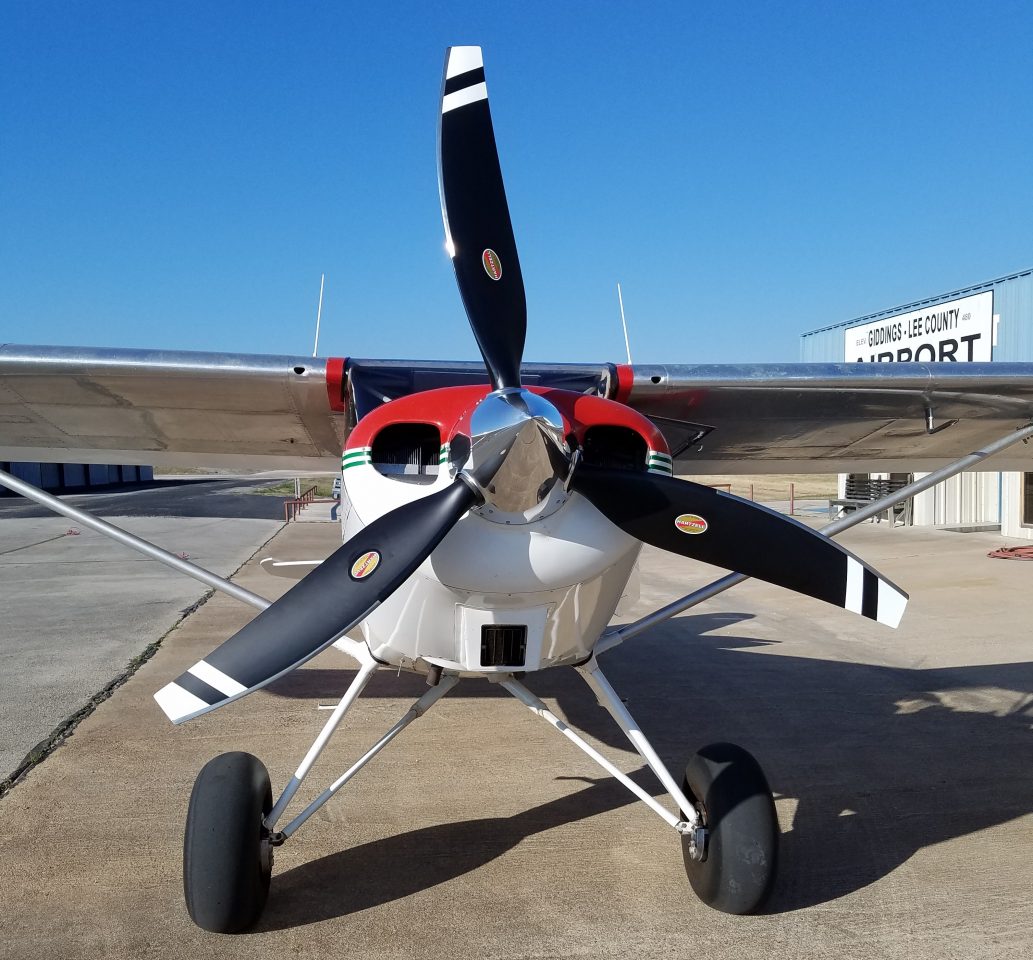 Kit builders know that Bearhawk Aircraft in Austin, Texas offers some of the finest and most capable two-and-four seater kit utility aircraft available to the homebuilt aircraft community. Since Bearhawk sold its first kit in 2001, they have been creating kits and testing components to improve aircraft performance – and sharing their results with the kitbuilding community.

Bearhawk owner Mark Goldberg routinely tests Hartzell propellers on his kit aircraft and measures performance to determine which aircraft propellers he should recommend to kit builders. Recently, Goldberg reached out to the Hartzell team to see how the new Hartzell Trailblazer three-blade composite propeller performed compared to the two-blade metal Hartzell prop he had used since 2003 on the four-place Bearhawk model.

Hartzell engineers made an 82-inch diameter, three-blade Trailblazer for the 4-place Bearhawk and shipped it off to Bearhawk Aircraft. Before making the swap, Goldberg completed takeoff, climb, and cruise testing using the original two-blade metal Hartzell propeller on a Lycoming 540-powered 4-place Bearhawk.

After swapping to the 3-blade and making a second flight, Goldberg found the differences between the two propellers impressive. “We saw the takeoff distance in the 4-place Bearhawk go down from 250 or 275 feet with the original propeller,” said Goldberg, “down to 150-175 feet with the three-blade Trailblazer.”

This shorter takeoff and landing time is ideal for bush pilots who must navigate remote areas. The Trailblazer was also designed to be lighter and more durable, giving pilots the freedom to land in rugged terrain without damaging the aircraft.

There was also a difference in the aircraft’s handling after switching from the metal 2-blade to the composite 3-blade propeller. “It’s noticeably smoother than the two-blade metal prop,” Goldberg said. “It also spins up faster with the composite blades.”

In addition, Goldberg was impressed with the new Trailblazer’s eye-catching appearance. “Everyone likes the look of the propeller on my airplane,” he said. “I’ve posted the before and after pictures to our forum, and a dozen people have contacted me either privately or on the forum telling me how much they like the look of the prop on the airplane.”

For more information about Bearhawk Aircraft, or to check out their kit aircraft, visit bearhawkaircraft.com