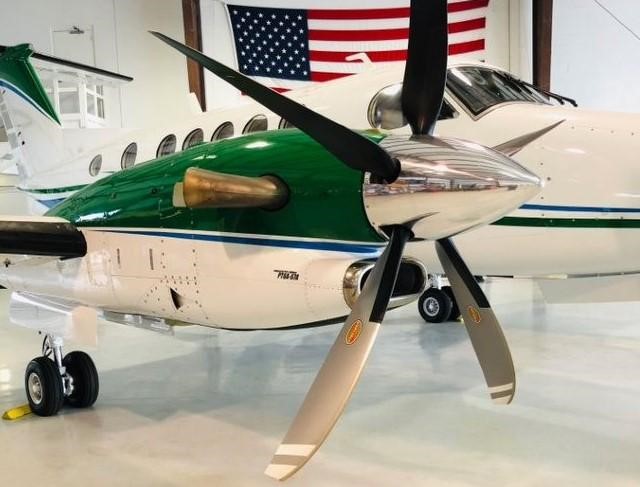 Creating the World’s Fastest King Air: Blackhawk Teams Up with Pratt & Whitney Canada and Hartzell to Transform the King Air 300

The King Air already rules the skies, but its success has prompted aftermarket specialists to ask themselves the question, “How do we make a great airplane even better?”

The answer, of course, is aftermarket modifications, and King Airs provide an ideal platform for a variety of upgrades, including advanced cockpit avionics, updated interiors, airframe enhancements, and new engines and propellers.

The aftermarket customizations available today allow King Air owners to upgrade their existing aircraft inside and out—including adding significant performance improvements—all for less than the cost of investing in a completely new airplane.

One aftermarket specialist making it possible for King Air owners to add new life to their legacy aircraft is Blackhawk Aerospace, based in Waco, Texas. Over the years, Blackhawk has offered a number of engine performance enhancements to the King Air series. Now, Blackhawk has received a Supplemental Type Certificate (STC) from the FAA to transform the Beechcraft King Air 300 into the fastest King Air on the planet.

The advantages of the upgraded powerplant combination are evident, providing more power, more thrust, and peak performance for the King Air 300 in every phase of flight. During flight tests, the Blackhawk-powered 300 delivered jet-like climb and speeds, reaching maximum speeds over 340 knots and an initial climb rate of up to 4,000 fpm. 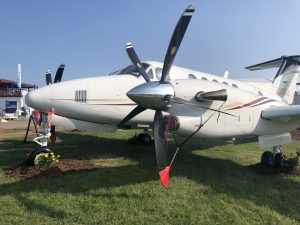 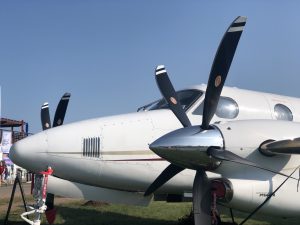 Blackhawk is offering a $100,000 discount on the modification for orders placed before the end of September. Learn more by visiting the Blackhawk website.