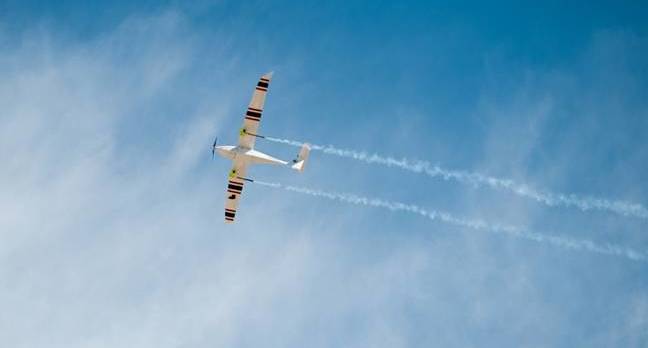 Can Drones Bring Rain to the Desert?

Drones continue to capture the imagination of those investing in aviation technology, whether for military or civilian purposes. Scientists have identified a new civilian use for drones as cloud seeders – effectively, robots that can pull more water out of the desert sky.

The idea behind cloud seeding is nothing new, as various means of achieving it have been tested since the 1940’s. The U.S. Army Signal Corps, as part of Project Cirrus, released dry ice via B-17 bombers, trying to get moisture to condense into ice and fall on the desert below as life-giving rain. Bernard Vonnegut also discovered a method of cloud seeding that injected silver iodide into clouds. Water inside of a cloud would freeze around the dust, then fall. This is the method of cloud seeding used today.

While cloud seeding can’t break a drought, it can add significant amounts of rainfall to areas that may need a little help. While pilots have been performing aerial cloud seeding for decades, it turns out that doing so has a human cost. Flying at low altitude, often in icy conditions and high winds, has resulted in fatalities. That’s why the Desert Research Institute, in partnership with Nevada’s Drone America, is investing in unmanned aircraft to handle these jobs.

Wildlife biologists have also found that observing wildlife via drone instead of in low-flying aircraft presents much less risk.

Here’s a video from the Desert Research Institute of the drone in flight: