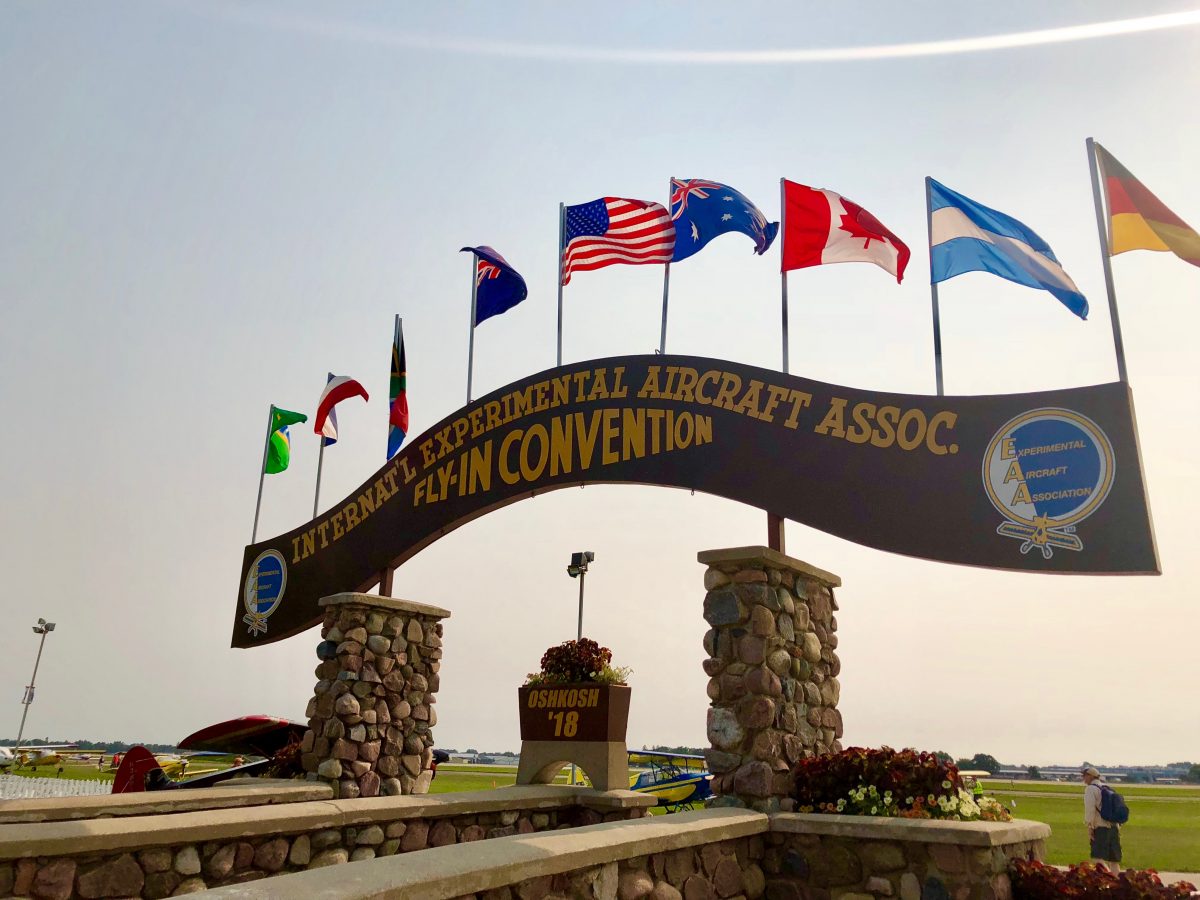 Countdown to Oshkosh 2019: Celebrating 50 Years of EAA AirVenture in Oshkosh

July is here, which means the countdown to EAA AirVenture Oshkosh 2019 has officially begun! We’re getting ready for another exciting week of aviation innovation, history, education, aerobatics, and so much more with aviation enthusiasts from around the world.

Ever since then, the city of Oshkosh has been an ideal home for the World’s Greatest Aviation Celebration. For one week each July, Wittman Regional Airport transforms into the world’s busiest airport as thousands of aircraft descend upon its runways. During this time, the city welcomes hundreds of thousands of aviation enthusiasts from around the world. About 70 percent of attendees come from outside of Wisconsin, and the annual weeklong event is estimated to contribute $170 million in economic benefit to the area. In 2018, nearly 600,000 people from 87 nations attended EAA AirVenture!

In celebration of the 50th anniversary of EAA AirVenture in Oshkosh, EAA is seeking any of the showplanes that were present at the 1970 fly-in convention, which will be featured in exclusive parking areas on the grounds. EAA is also seeking any members and volunteers who will be attending their 50th consecutive fly-in in 2019 to share their stories and add to the history of the beloved event.

“Over 50 years, nearly every significant aircraft type in the world has landed on the runways at Wittman Regional Airport to be part of the EAA fly-in,” said Rick Larsen, EAA’s vice president of communities and member programs in a news post about the event. “More important are the stories of the people who have come to be a part of this event and the legacy of what is now known simply as Oshkosh. That is what we will be celebrating in 2019.”

Stay tuned for next week as we continue our Countdown to Oshkosh 2019 and share some of our top suggestions for things to see and do at the World’s Greatest Aviation Celebration!