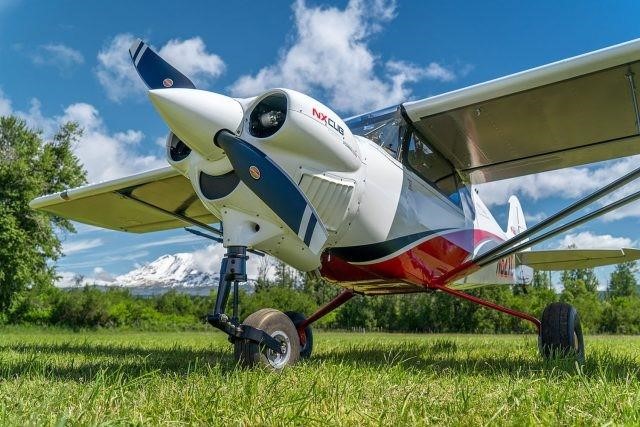 Choosing an Airplane for Backcountry Flying

Backcountry flying is growing in popularity as more pilots discover the rewards of flying into remote areas accessible only in a light airplane. As any adventure-seeking pilot will tell you, there’s nothing like the joy and freedom of escaping the world of paved runways to fly over the wilderness, land on a grass airstrip, and camp under the stars.

If you’re new to backcountry flying, you might be wondering what airplane is best. While you don’t necessarily need a tailwheel or STOL airplane to experience this type of flying, there are some factors you should consider before embarking on a backcountry adventure.

There are hundreds of backcountry airstrips spanning the country. Where will you go? If you need ideas, check out the Recreational Aviation Foundation’s Airfield Guide to explore out-of-the-way airports and unique places that most pilots don’t know about. You’ll find detailed, up-to-date information about each airfield, including photos, recommended approach and departure procedures, and activities to do once you get there.

While some airstrips are limited only to airplanes that can land on rough terrain and very short distances, many areas are accessible in a standard single-engine piston. The key is to choose a backcountry airstrip that aligns with your skillset and your airplane’s performance envelope. As you plan your flight, find all the information you can about the airstrip’s surrounding terrain, runway length, elevation, slope, and surface condition to help you make a safe, smart decision.

The right upgrades can help transform your airplane into a true backcountry machine, allowing you to get into more challenging and remote airstrips. Common modifications for backcountry flying include: 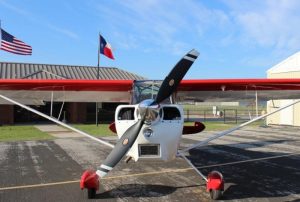 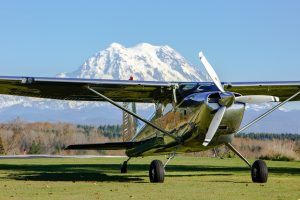 Many pilots rely on Hartzell’s composite Trailblazer propeller, which was designed with the demands of backcountry flying in mind. Available through our Top Prop conversion program, the Trailblazer maximizes the performance of numerous backcountry aircraft, both certified and homebuilt. Our new Voyager propeller is custom-designed specifically for the Cessna 185, one of the most popular planes in the backcountry flying community. The new Voyager propeller upgrade for Cessna Skywagon aircraft delivers up to seven knots faster cruise speed, 10 percent better takeoff acceleration, and an exceptional climb rate.

Successful backcountry flying is less about the plane you’re flying and more about your skills as a pilot. It’s well worth it to sharpen your basic flying abilities, especially short-field takeoffs and landings. Spend some time practicing short takeoffs and precision landings at your home airport. It’s not a bad idea to take a few ride-along flights with an experienced backcountry pilot, either. With a little time and training, you’ll build the proficiency you need to be safe and confident in the backcountry environment.

Get connected to the backcountry community

The backcountry flying community is known for being friendly and welcoming. Tap into great resources like The Recreational Aviation Foundation or BackcountryPilot.org to expand your network and gain access to a wealth of backcountry knowledge on airstrips, flying technique, backcountry aircraft and modifications, survival tips, and more. Adventure awaits!