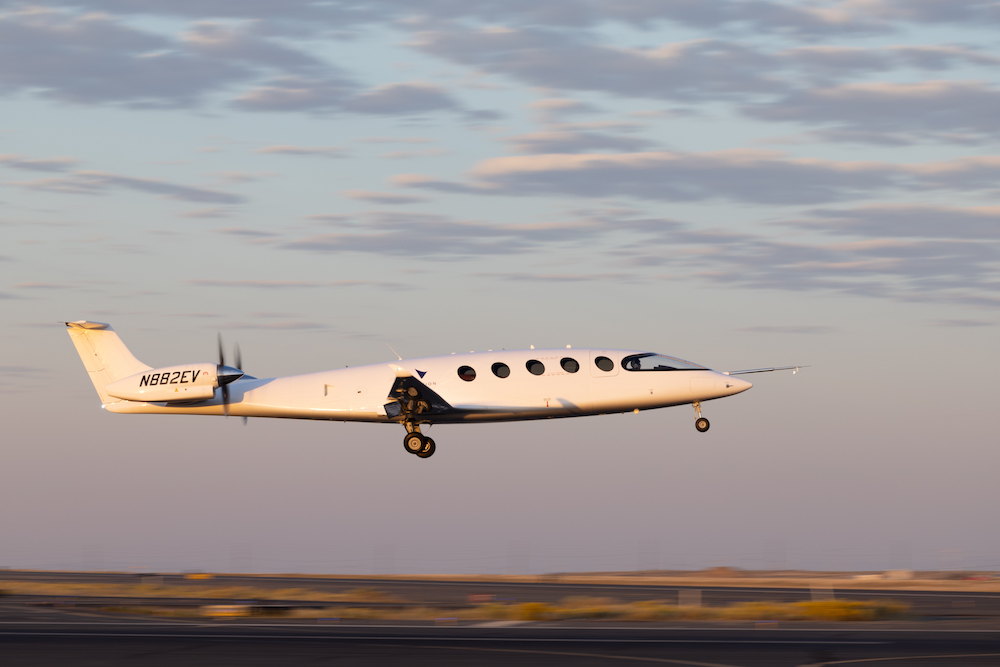 Operated by test pilot Steve Crane, the Alice took off from Washington’s Grant County International Airport (MWH), flying at an altitude of 3,500 feet for around eight minutes. The trailblazing flight went exactly as planned, providing Eviation with invaluable data to further optimize the aircraft for certification and commercial production.

“Today we embark on the next era of aviation – we have successfully electrified the skies with the unforgettable first flight of Alice,” said Eviation President and CEO Gregory Davis in a release. “People now know what affordable, clean and sustainable aviation looks and sounds like for the first time in a fixed-wing, all-electric aircraft. This ground-breaking milestone will lead innovation in sustainable air travel, and shape both passenger and cargo travel in the future.”

About the Alice Electric Aircraft

The all-electric Alice was designed from the ground up to transform regional travel, powered by two magni650 electric propulsion units from magniX that spin a pair of custom-built five-blade Hartzell structural composite propellers.

With three variants planned, including a nine-passenger commuter, six-passenger executive cabin, and an eCargo version, the Alice aims to harness battery power to make “middle-mile” regional travel more economically and environmentally sustainable for businesses and consumers alike. The Alice will typically operate short flights ranging from 150 miles to 250 miles, connecting cities and communities by providing access to airports not currently used by commercial flights due to noise concerns or restricted operating hours.

What’s Next? The Path to Certification

The initial test flight of the first Alice prototype is just the beginning of an extensive certification test program to eventually bring the innovative aircraft to market. Over the coming weeks, the Eviation team will focus on reviewing and learning from the test flight data to tweak the aircraft’s design accordingly. Eviation plans on building three certification test aircraft, the first of which will be another prototype. The second and third aircraft are intended be conforming and eventually receive an airworthiness certificate, which will likely take several years. Over time, battery technology is expected to evolve to support longer-range flights, which is why the Alice’s advanced battery system was designed to be highly efficient and endlessly upgradeable.

As the most trusted name in propellers, with an Organization Designation Authorization (ODA) from the FAA, Hartzell Propeller has certified hundreds of propeller designs. We work closely with our partners through the entire process, from conception, design, and development to testing, certification, and beyond. We’re proud to offer our proven technology and experience in propeller certification to help propel today’s leading electric aviation projects, such as the Alice.

From the historic Rutan Voyager to the newest advanced air mobility and electric aircraft, Hartzell Propeller has provided innovative propeller technology for some of the world’s most revolutionary aircraft designs.

Are you working on an AMM or electric aviation project? We’d love to hear about it. Contact us to get in touch with Advanced Air Mobility Specialist Mitch Heaton and see how Hartzell Propeller can help you with propeller applications for advanced air mobility and electric aircraft.