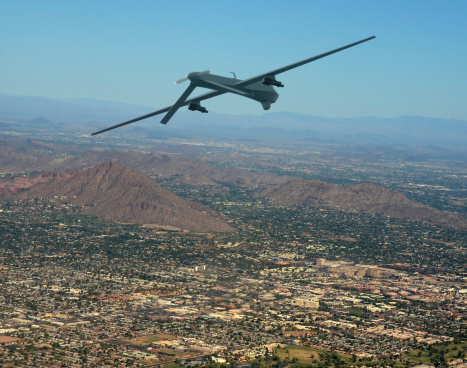 Another milestone in drone technology has been passed, as a small propeller-driven drone has broken the world record for flight duration in its class. The drone, a VA001, stayed in the air for almost 56 hours, flying at an altitude of between 6,500 and 7,500 feet throughout. Its average speed was about 57 knots. The National Aeronautic Association certified the record.

The project was funded by the U.S. Defense Advanced Research Projects Agency, and designed, built and flown by Vanilla Aircraft. The flight was conducted last year at a facility in New Mexico. This flight marked not only a record in flight for the drone’s class, but also the fourth longest flight for any unmanned aircraft and the 11th longest flight of an aircraft of any type, ever.

Drones in this class are designed to carry a 30-pound payload. While these drones are largely being developed for military applications, the technology being tested here could also make waves in the consumer market. Numerous retail companies – led largely by online giant Amazon – are exploring how drones could be safely deployed in urban areas to deliver goods. Amazon made its first commercial drone delivery in December of last year, to a shopper in England. The company maintains a large drone testing facility near Cambridge, where it has continued to test drone delivery for rollout in the consumer market.

As ever, keep your eyes on the skies for new developments in aviation tech.