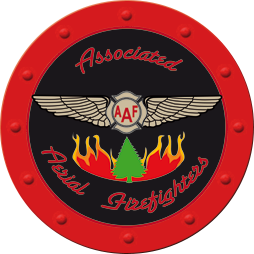 Wildfires have become a yearly trial for citizens of the western United States. This years fires have been some of the worst ever. The current wildfire burning large parts of Washington became the largest in the state’s history this week. The state and national governments are taking every measure possible to fight the blazes, and that includes enlisting resources from the general aviation community. Jim Barnes, a board member with the Associated Aerial Firefighters recently wrote an op-ed in the Los Angeles Daily News to bring attention to the crucial role general aviation plays in firefighting.

Barnes’ piece, “General aviation advances firefighting services across California,” highlighted the ways general aviation allows personnel to be more responsive the rapidly changing circumstances of firefighting. The thousands of small airports across California make it possible to quickly deploy, recover and re-equip teams. Small GA aircraft make every part of the state accessible in 20 minutes or less. And, critically, small airports and flight training centers are responsible for training and maintaining the flight of the large number of pilots needed to mount a widespread firefighting effort.

Here is a bit of what Barnes wrote:

“Aerial firefighting depends heavily on general aviation infrastructure, including local airports and repair stations, and these aircraft and airports also give pilots the opportunity to learn and develop critical skills. The population of qualified pilots is dwindling each year. Our work requires highly skilled pilots and general aviation has been a fundamentally important training ground for them to hone their abilities.”

You can read the full text of Barnes’ column here.

Hartzell Propeller is a leading supporter of the general aviation community. We believe it is crucial to our national readiness, our economy and a core part of the American identity. That is why we support the efforts of organizations like EAA through initiatives such as the innovative Pilot Proficiency Center (link), and why our President, Joe Brown, is currently serving as Chairman of the General Aviation Manufacturers Association. As one of the nation’s most historic manufacturers of aviation technology, we thank Mr. Barnes for drawing attention to this critical issue.