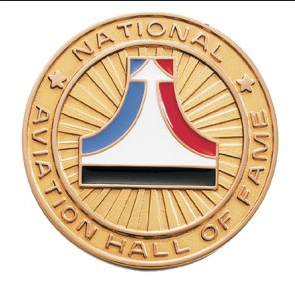 The National Aviation Hall of Fame (NAHF) recently announced that Hartzell Propeller and our sister company, Hartzell Industries, will be Co-Presenting sponsors at the 53 Annual NAHF Enshrinement Dinner. The historic event, known as the Oscar Night of Aviation, will take place on October 2, 2015. The black tie gala will celebrate the lifelong contributions of four pioneers of aviation, including our founder Robert N. Hartzell, by adding their names to the hall of fame. The three other inductees are: Brig. Gen Robert L. Cardenas, a test pilot for record-breaking X-plane programs, Eugene “Gene” Kranz, who worked in spaceflight operations at NASA including the on the Mercury, Gemini, Apollo, Skylab and Shuttle mission programs, and the late Abe Silverstein, known as the “Father of the Apollo program.”

NAHF Enshrinement Director Ron Kaplan said that sponsors are attracted to the ceremony for a variety of reasons such as exposure to the mix of participating aviation legends and aerospace industry leaders. It is true that many of the most prominent names in the aviation industry will be in attendance. However, we chose to sponsor this event as gesture of honor to our founder, whose visionary decision to begin manufacturing propellers for the Wright brothers in 1917 set in motion events that would lead to some of the most important breakthroughs in aviation technology.

The entire Hartzell team feels incredibly privileged to see our founder recognized among the greatest men and and women in aviation history. It is a testament to how far our company has and the industry have come, from handcrafting walnut propellers in small-town Ohio, through supporting American pilots during two world wars, and becoming a global innovator recognized for producing the world’s most advanced aircraft propellers. It has been an incredible journey, and one we are proud to carry forward into the future.

You can read the full announcement from the NAHF here. Or, for more information, contact the NAHF at (937) 256-0944 ext. 11 or visit www.nationalaviation.org.