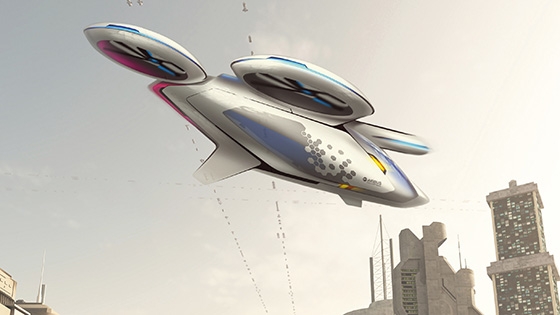 Heading to a Fly-In? Just Call an Uber

Amazon isn’t the only company looking to take advantage of today’s smaller, nimbler flying options. According to Jeff Holden, head of Uber products, the ride-sharing company is also interested in exploring on-call flight bookings in select cities. This isn’t as surprising as you might think, as Holden has also worked for Amazon, whose pioneering interest in drone-delivery is driving innovative changes in drone technology.

The short-haul flights envisioned by Uber would require an aircraft with the ability to take off and land vertically like a helicopter. However, they would run autonomously like a self-driving car. This research is in line with Uber’s greater stated mission, which is to provide “transportation as reliable as running water, everywhere, for everyone.” Flight has undoubtedly brought more people together across greater distances than any other transportation technology.

The CityAirbus concept is a prototype autonomous air vehicle envisioned for both passenger and cargo delivery in big cities. The company has already completed a feasibility study for the multi-passenger vertical-takeoff-and-landing aircraft powered by electricity and multiple propellers. The first prototype is on track for its maiden flight at the end of next year.

Innovative concepts like these could completely transform how we live today, especially in cities. Imagine hundreds of autonomous aircraft delivering passengers into busy city stations on rooftops or in converted parking garages. We may just get those futuristic flying cars after all. Just not the way we imagined them.