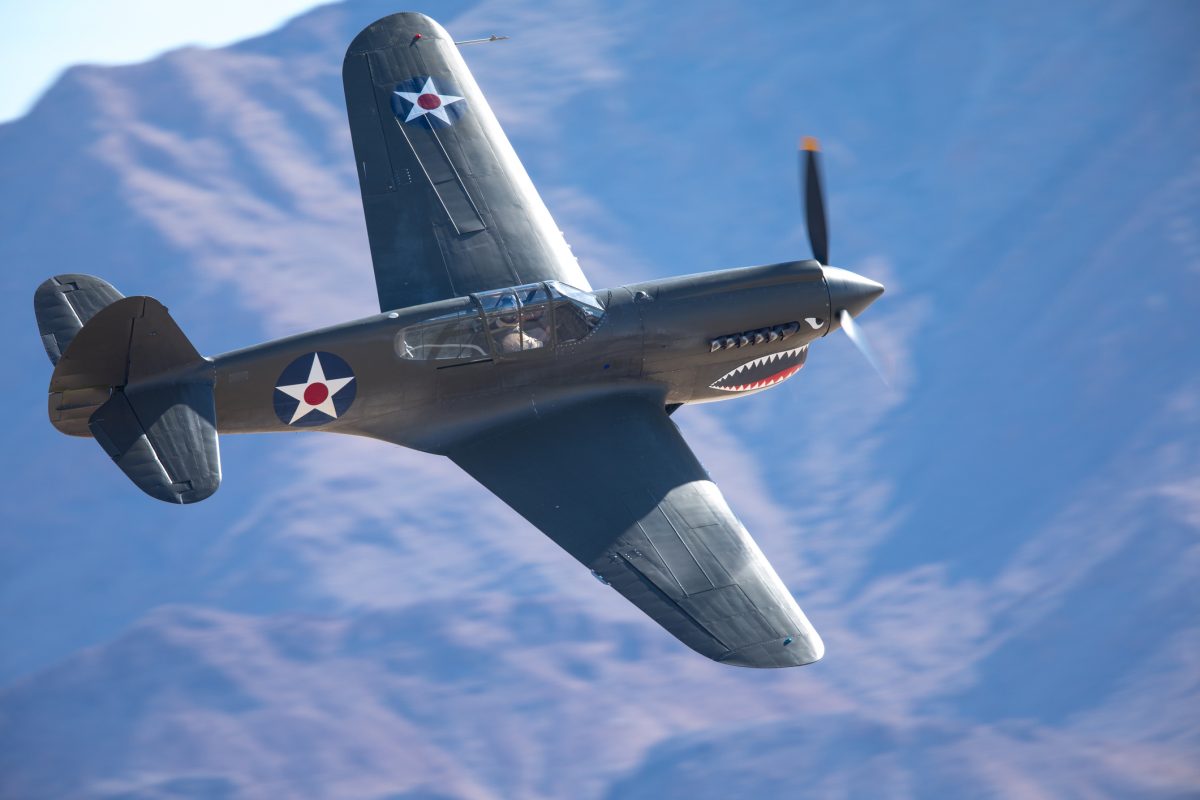 One of the most recognizable WWII-era aircraft is the Curtiss P-40, which was known as the Warhawk, Tomahawk, and Kittyhawk during its wartime service. A modified, more economical version of the Curtiss P-36 Hawk, the P-40 was among the most mass-produced aircraft in WWII as Allied air forces desperately needed fighter planes to equip their frontline units.

Although the P-40 was soon surpassed by faster, more advanced fighters capable of high-altitude performance, the aircraft was highly regarded for its remarkable durability and superior dive speeds. The P-40 played a pivotal role throughout the war in numerous theaters as a bomber escort, air superiority fighter, and fighter-bomber.

The P-40 is probably most well-known for its role in the China-Burma-India (CBI) Theater, as the shark-mouthed aircraft used by the American Volunteer Group, or “Flying Tigers” in China. The American Volunteer Group was a secret outfit composed of U.S. pilots from the Army, Navy, and Marine corps who were recruited to defend China against the Japanese forces. Led by U.S. Army Air Corps Captain Claire Lee Chennault, the Flying Tigers tactically overcame nearly 300 Japanese fighters in air combat with the P-40. The Flying Tigers were the first to use the menacing sharks-mouth nose art on the P-40, though the idea for the now-iconic design is said to have originated from German planes.

Although the P-40 underwent several modifications to reduce its weight and improve performance, it simply couldn’t match the speed and maneuverability of the Thunderbolt or Mustang. As a result, Curtiss ended production of the P-40 in 1944. A total of 13,737 P-40s were built and were used by the air forces of 28 nations. Today, just a handful of P-40s exist, and only a few are deemed airworthy. However, there are numerous instances of surviving P-40s being recovered from around the world and either restored for display or returned to flying status.