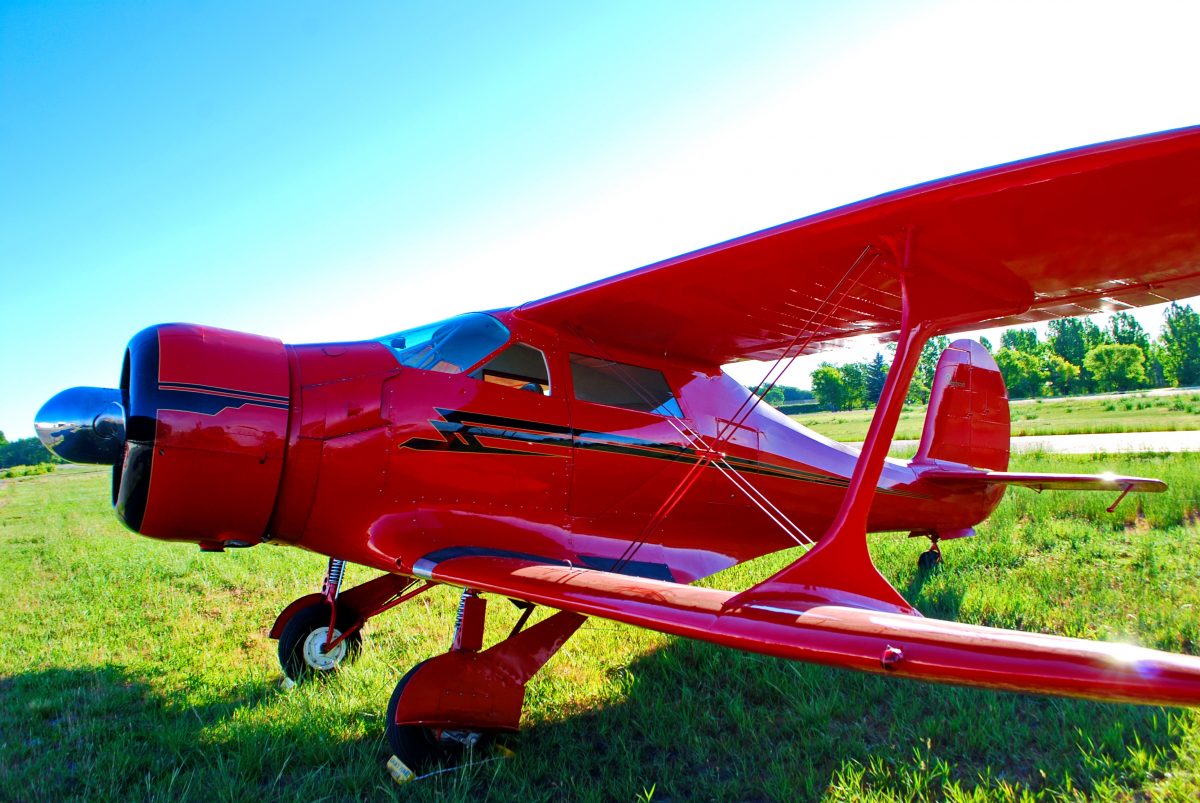 The Beechcraft Model 17, best known as the Staggerwing, is widely considered one of the world’s most beautiful aircraft. With its winning combination of classic design and superior performance capabilities, the Staggerwing is an iconic aircraft that was truly ahead of its time.

As the premier aircraft of the Beech Aircraft Company, the Staggerwing was conceived in 1932 with the business executive in mind. Because it was designed and built during the depths of the Great Depression, the aircraft represented a risky endeavor for the company’s founder Walter Beech and chief designer Ted Wells. Nevertheless, the Staggerwing defied the odds to achieve great success in the market and set a high standard for the next generation of passenger aircraft.

The Staggerwing is so named for its reverse staggered wings, with the top wing set aft of the lower wing. The exact reasoning behind the unusual staggered wing configuration isn’t known, but some suggest the intent was to reduce drag, improve stall characteristics, or improve pilot visibility.

The first series of the Staggerwings were powered by a 420-hp Wright R-760 engine, which enabled the aircraft to reach an impressive top speed of over 200 mph, with a landing speed of only 60 to 65 mph. Throughout its production, eight different engines were used, but the most popular model was the D17S, powered by a Pratt & Whitney R-985 Wasp Junior radial engine. The Staggerwing was also the first general aviation aircraft to feature electronically retractable landing gear, which contributed to the aircraft’s light weight, aesthetic appeal, and impressive aerodynamic performance.

With a roomy, luxurious cabin for up to five passengers, the high-end aircraft was a popular choice among wealthy corporate executives. Due to its high-speed and superior stall capabilities, 1930s air racers were also drawn to the Staggerwing. World-famous air racer Jacqueline Cochran set several speed and altitude records and even won third place in the 1937 Bendix Trophy Race in her special Model D17W Staggerwing.

Between 1937 and 1944, several hundred Staggerwing aircraft were modified and used as the UC-43 by the U.S. Army Air Force and U.S. Navy during World War II for personnel transport service and reconnaissance missions. After the war, the Beech Aircraft Company returned its focus to producing civilian aircraft and developed the final version of the Staggerwing, the Model G17S. The last Staggerwing was delivered in 1949 after the company replaced the aircraft in its lineup with another classic, the Bonanza, which offered a similar level of luxury and speed as the Staggerwing for about a third of the price.

Decades later, the Staggerwing is still celebrated for its timeless art deco design and dependable performance that would pave the way for the future success of the Beech Aircraft Company. Around 200 of the 781 Staggerwings originally produced survive today, and many have been restored to flying condition by their devoted owners. One of the best places to see Staggerwing aircraft on display – including the first model ever built – is the Beechcraft Heritage Museum located in Tullahoma, Tennessee.