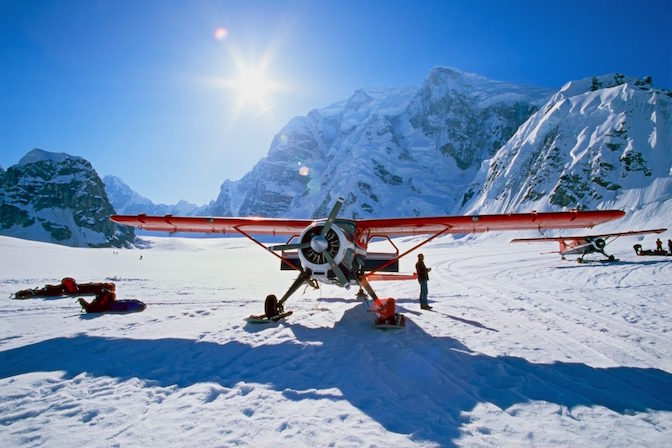 How Does Icing Affect Your Aircraft?

Anyone who has spent time in the skies knows that ice and flying don’t tend to mix. In-flight icing is one of the greatest dangers of cold weather flying because it causes airflow disruption that decreases the aircraft’s control and performance. Even aircraft equipped to operate in known icing conditions are at risk for the dangers caused by in-flight ice accumulation.

There are three main types of aircraft icing: rime, clear, and mixed. The most common type is rime ice, which is milky white in color and occurs when water droplets freeze immediately upon hitting the aircraft’s surface. This type of ice typically forms on the leading edges of the aircraft and can be removed or prevented with de-icing or anti-icing equipment. Clear ice is considered more hazardous than rime ice because it is denser and freezes more gradually, allowing ice form across surfaces that might not be protected by de-ice or anti-icing equipment. Mixed ice, as you can guess, is the combination of rime and clear ice.

As ice forms on the leading edge of an aircraft’s wing, it causes the wing to stall at a lower angle of attack and at a higher airspeed. Even a thin layer of ice can have a large effect on wing stall. In many cases, increasing speed is required to maintain level flight. Ice can also build up unevenly between the two wings, which may throw off balance and cause roll control issues.

Ice or freezing rain may form on the aircraft’s windscreen, often occurring during takeoff or landings. An iced-up windscreen dangerously reduces the pilot’s visibility of important features such as the runway, terrain, or approach lights. Aircraft may be equipped with an electrically heated windshield or a fluid spray bar to prevent ice.

Induction icing is particularly dangerous because it impairs engine performance and can occur even when structural icing conditions aren’t present. When ice buildup blocks airflow to the engine, it can lead to a reduction of engine power or even complete engine failure. For example, ice forms in the aircraft’s carburetor, it can reduce the fuel and air mixture flowing to the engine and restrict engine power. Carburetor ice can form at any phase of flight but may be remedied by using carb heat until normal engine power returns.

In the early days of flight, there was no way to prevent ice from forming on an aircraft’s surface, causing air travel to halt during the winter months. Over the years, anti-icing and de-icing equipment were developed to either prevent the formation of ice or remove ice after it has formed to keep planes flying safely. If you have any questions about de-ice or anti-ice options for your specific propeller, contact us.