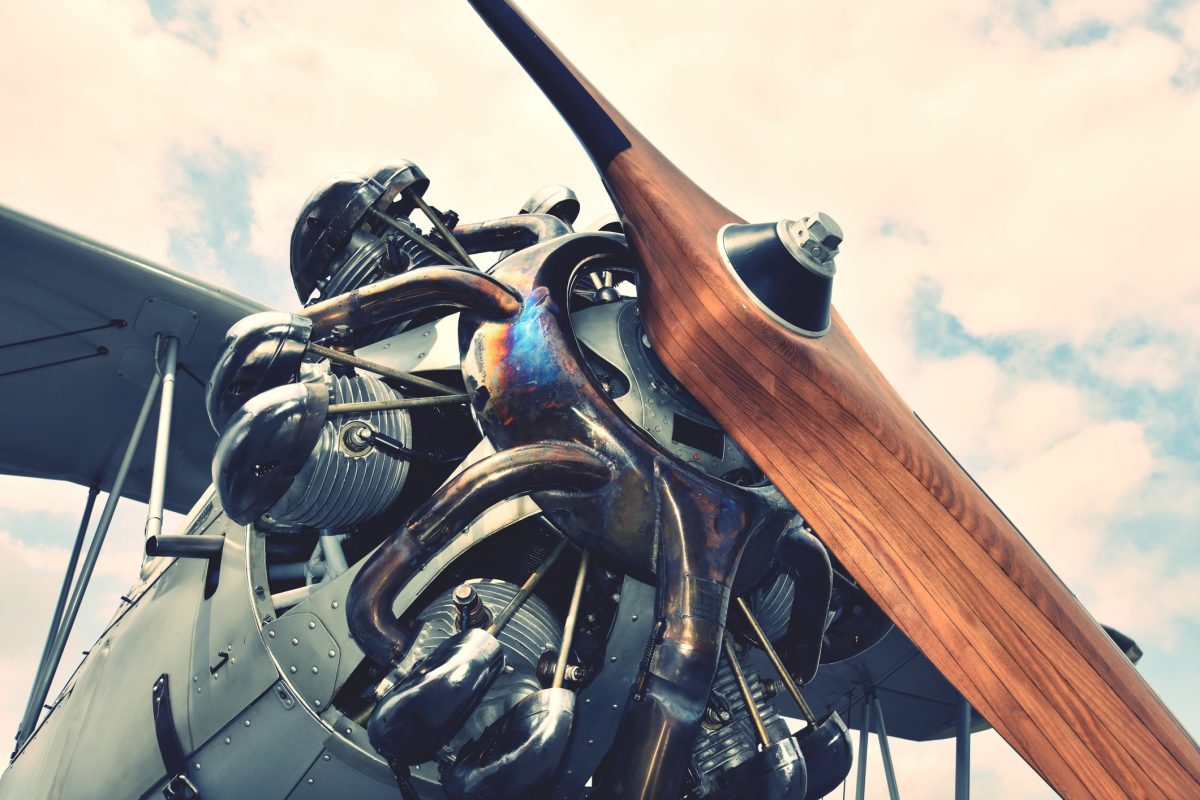 How to Identify Historic Aircraft Propellers

Here at Hartzell, we often get calls, emails, and messages from people interested in identifying historic wooden aircraft propellers. Hartzell Technical Representative Kevin Ryan has been on the front lines of fielding these types of calls for us at our prop shop.  Here’s a great story from the Naples Daily News about a recent WWII propeller that he helped identify.

We recently sat down with him to talk a little about the process of identifying historic aircraft propellers. The first resource Ryan directs people to when they call about identifying propellers is woodenpropeller.com.  “They not only have all of our propellers there,” says Ryan, “but they’ve got a lot of information from other manufacturers of wooden propellers. They have it broken down into two pieces: really old early propellers and modern wooden propellers. The early ones have some identifying features to them that the modern ones don’t. Generally, a really early wooden propeller is a lot longer than a modern one; eight feet, maybe longer. They usually have eight bolt holes and made of a darker wood. The blade patterns sometimes have a scimitar shape. The modern ones are shorter, usually between six and eight feet, usually have six bolt holes, and are made of lighter-colored wood.”

Determining What Type of Propeller

It’s also quite common for people to discover that what they thought was an aircraft propeller is something else entirely. “People think that they have airplane propellers,” Ryan says, “but they’re not. Airboat propellers, for example, are usually much wider across the blade. They usually have flat ends. In other words, the blades don’t round out at the end or come to a point, they’re cut off flat. The other thing we get called about a lot are test clubs, which were used to test engines. Those blades don’t have any twist to them like an aircraft propeller. Instead, it’s a fixed airfoil. Sometimes they’re two blades, but they can have four or more. We also get calls about metal propellers that turn out to be from Hartzell fans. It looks like a little airplane propeller, but it’s only about two feet long and has either a half inch or three-quarter inch hole in the middle so you can attach it to an electric motor. They usually have Hartzell stickers on them that say Hartzell Propeller Fan Company. When people call and ask where it came from and I say, ‘well, it came off a fan,’ they’re usually kind of disappointed!” While there are some companies that put serial numbers onto their propellers which can give you identifying information, at Hartzell, we don’t have a system like that for our early wooden propellers. If your aircraft propeller came off a military aircraft, it may have identifying markings. According to Ryan, “The Army Air Corps didn’t want to buy a bunch of props from different manufacturers; one part number from Hartzell, another from someone else, so they had what they called a contract number. And the contract numbers were usually two digits followed by a ‘K.’ The first two digits stood for the year the contract was awarded. So, you would have numbers like: 42K, 43K, 44K. If you see a part number like that on the propeller, that tells you it’s a military contract propeller.” While most of the aircraft that these propellers came from were probably service aircraft and not fighters, they are still important pieces of history.

The one thing that everyone who contacts us has in common is that they want to know how much their old propeller is worth. Not even Ryan would hazard a guess on how much that propeller you’re hanging onto will go for, since this is highly dependent on the current market. That said, he could make some generalizations.

“The cheapest that I’ve ever seen one go would be $250,” Ryan says. “I always tell people go on eBay and look at the auctions that closed (on a similar propeller) that actually sold, and that’ll give you some sort of an idea of what they’re worth. The average price is probably about four or five hundred bucks.” As with any piece of history, many of those who uncover an older propeller are interested in verifying its story. “People call up all the time and they want to know if it’s authentic,” Ryan says, “because their grandpa told them that the prop was given to them by Charles Lindbergh or Amelia Earhart. But that’s usually not the case.”

However, there was one instance when Ryan was able to assist an aviation enthusiast in verifying the veracity of his aircraft propeller’s story. “This one time,” Ryan says, “a guy called me up about a propeller given to a magician called Blackstone the Magician when this magician visited Piqua many years ago. For some reason or other, Hartzell made him a wooden propeller as a presentation piece. I was sort of intrigued. In this case, the propeller had a date and a time and everything on it. So I went down to the library here and went to the old microfiche, pulled the newspapers for that week, and verified that that magician was in town that week. I found an ad from the theater. There was even a story in the paper about how these people from Hartzell presented him with the propeller. So I printed those out and e-mailed them to the guy. He was really happy.”

If you have questions for our technical team at Hartzell, you can reach out to us via email at techsupport (AT) hartzellprop.com.