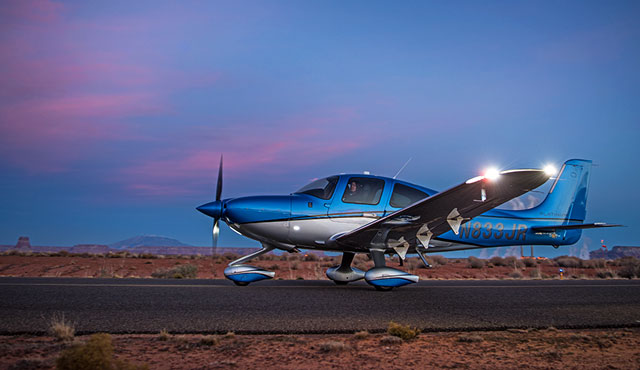 What Were the Most Innovative Aircraft of 2016?

In 2016, we saw many innovative and experimental aircraft get patented – and even take to the skies – for the first time. Here are some we’re looking forward to seeing more of in the years to come:

Airbus Vahana. Airbus filed a patent in 2016 for an aircraft that could achieve a vertical take-off and landing, making it an extremely effective air taxi. It would use four or more rotors that drive propellers, creating vertical thrust. While they aren’t the first to propose an aircraft like this, they may be the one best positioned to make it a reality.

Twistable wings on a Gulfstream III. While propeller design has continued to advance over the last century, the basic shape of an aircraft’s wings has remained the same. That’s why the new twistable wings design is so exciting. This innovation can be incorporated into many aircraft, so it will be exciting to see how it’s rolled out.

Cirrus G6. Developed throughout 2016, the Cirrus G6 is the most advanced Cirrus aircraft yet, and is ready to fly here in 2017.  Smart and stylish inside and out, this is truly an aircraft designed for the 21st century pilot.

SW-4 Solo. This full-sized, remotely-piloted helicopter is the first of its kind. It took its first official demonstration flight on December 15th, 2016. In fact, advances in unmanned aircraft continue to progress, another of which was this fully 3-D printed drone which debuted in 2016.