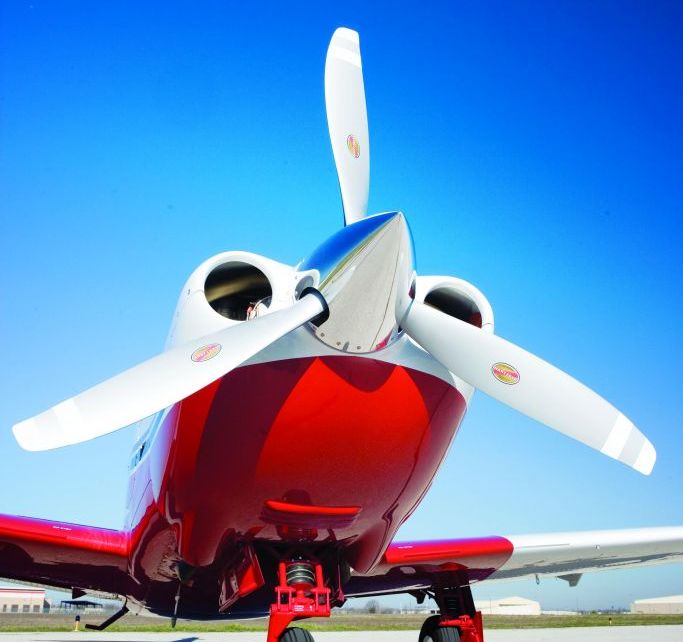 Congratulations to Mooney International Corp. The 85-year old company has announced that it plans to restart its production lines after a five year break from manufacturing Mooney aircraft. Mooney is a longtime partner of Hartzell, and one of the few firms that can claim to have seen almost as much aviation history as our team.

Over the years, Hartzell propellers have been installed on nearly 10,000 Mooney aircraft, and that number is slated to continue rising. Our 3-blade scimitar propellers with advanced airfoil technology are already being delivered to the Mooney manufacturing facility in Kerville, TX. Like so many props before them, these propellers for the Mooney Ovation and Mooney Acclaim Type S aircraft are slated for factory installation. Between 1955 and 2009, when manufacturing was put on hold, the majority of Mooney aircraft owners took to the skies with Hartzell propellers. In fact, the Mooney M20C was among first aircraft to be equipped with Hartzell’s original compact aluminum propeller.

During the firm’s break in production, Hartzell continued to offer Mooney propellers for sale through our Top Prop program. This program will continue, but today we are happy to celebrate the renewal of a partnership that has lasted decades. Congratulations to the Mooney manufacturing team; we’re glad you’re back!