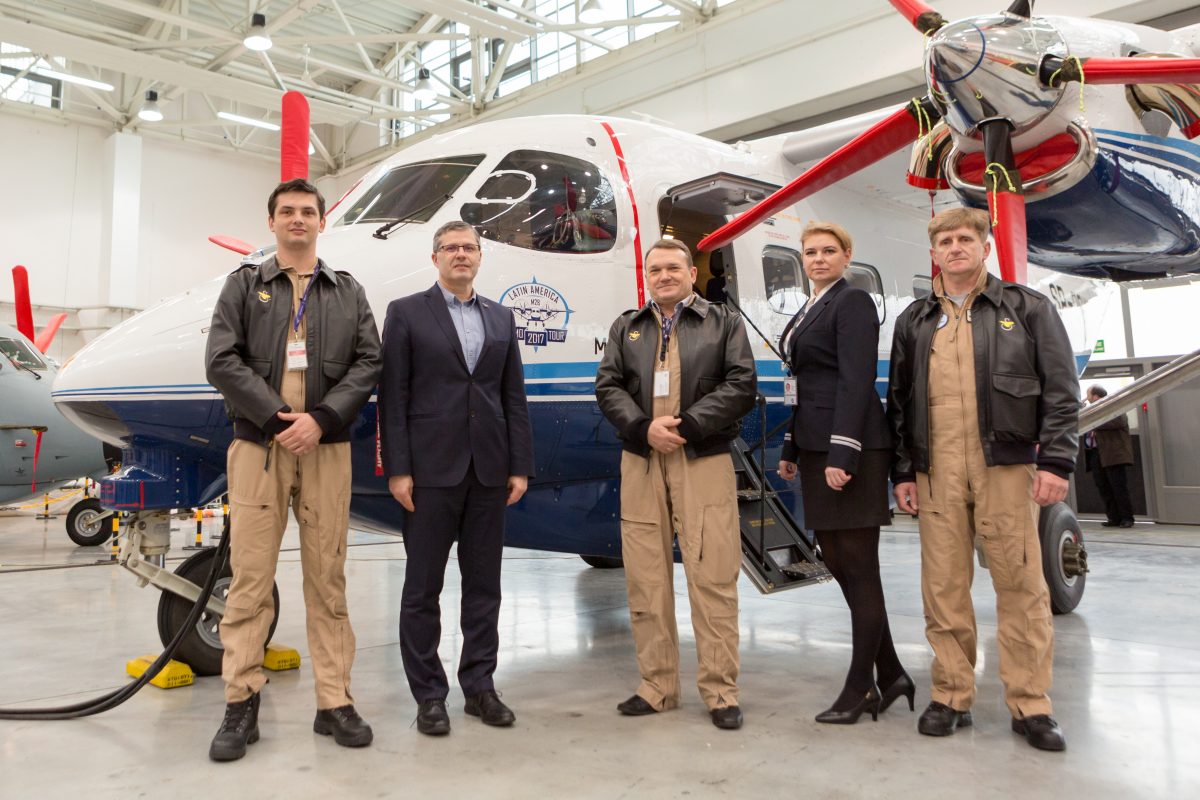 The Multirole M28 is a twin-engine turboprop manufactured by Polskie Zakłady Lotnicze in Mielec, Poland. To increase awareness of the M28 in Latin America, the aircraft will begin a two-month tour of Latin American and the Caribbean on March 17th, 2017 from the Port of Spain in Trinidad and Tobago. Then, until mid-May, the aircraft will visit 12 cities in Brazil, Argentina, Ecuador, Colombia, Panama and Mexico.

According to Aviation Week, the idea of the tour came from Sikorsky’s vice president for Latin America, Adam Schierholz, during the FIDAE Air Show in Chile in 2016. “There was interest at the chalet based on a picture of the M28 on the wall,” said Schierholz. “Obviously, they didn’t have enough information about it.”

The company is hoping to change all that with the tour. Weighing 7,500 kg, the twin-engine turboprop aircraft will demonstrate its ability to carry people and cargo from underdeveloped airports, not equipped with hardened and long airfield runways, to many potential civil and military customers.

“Crossing the Atlantic in mid-winter in west direction is just one of the examples that this durable, reliable aircraft can handle even the toughest weather conditions,” said Mariusz Kubryn, chief designer of the M28. “We estimate that by the end of the demonstration tour, the aircraft will have done 14,500 kilometers of flight over mountain ranges and oceans, taking off and landing on runways located in the jungle and on islands. It will show its ability to operate both at high and low temperatures.”

The M28 aircraft is certified by Brazilian aviation agency ANAC, EASA and the FAA, so that it can fly at temperatures ranging from minus 50 to plus 50 degrees Celsius. The hull defrosting system is certified for flights in known icing conditions.

The M28 utilizes two turboprop Pratt & Whitney Canada PT6-65B engines of 1,100 horsepower (820 kW) and rugged, 5-blade Hartzell propellers with reverse thrust to give this aircraft unique capability in terms of short take-off and landing. With a maximum load weight of 2,300 kg, the M28 can take off and land on unpaved runways with a length of just 548 meters.

To read more about the M28 aircraft and its Caribbean and Latin American tour, visit m28aircraft.com.