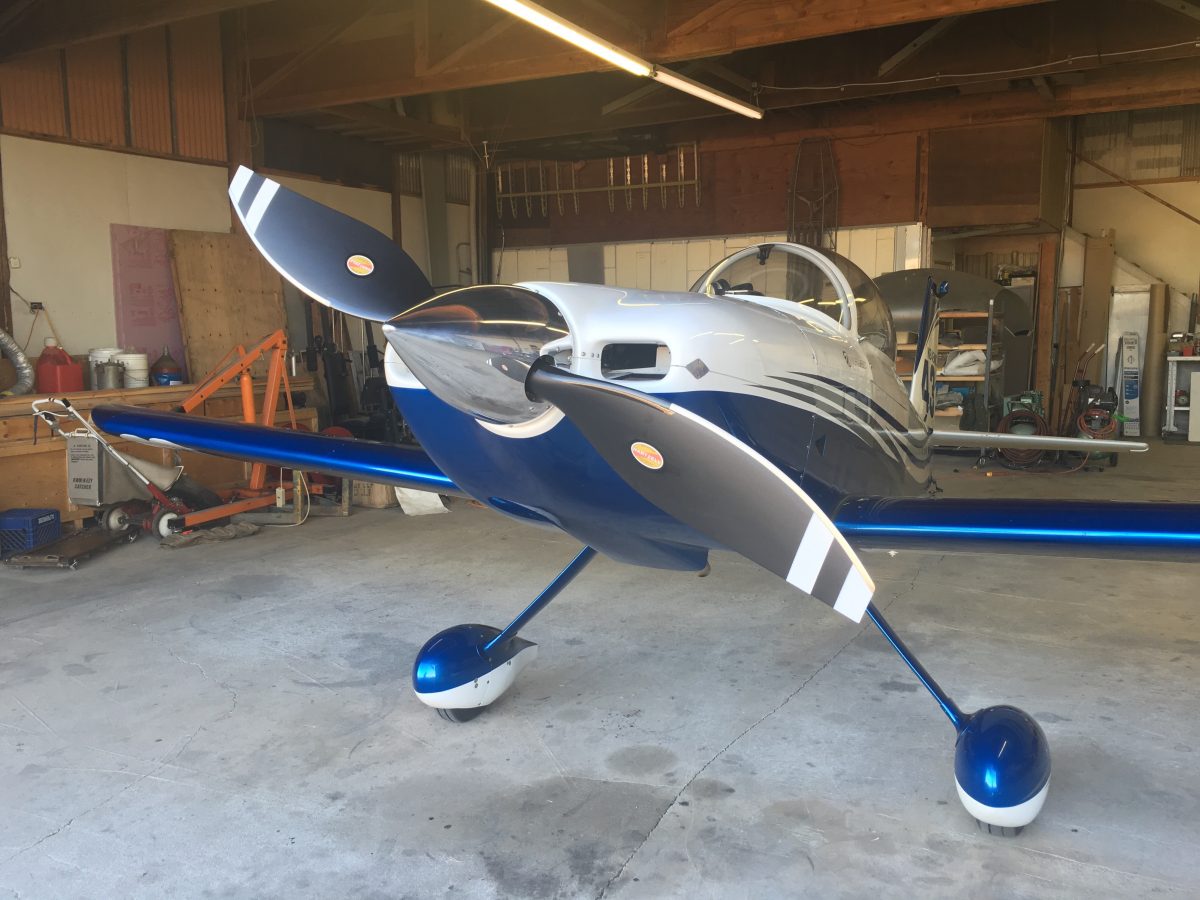 George Ford loves to fly. He loves flying so much that he shares his flights with the world on his popular Youtube channel, which features videos from the cockpit taken around the country and the globe. Ford is an active and passionate pilot and member of the West Coast Ravens, formation flyers featured at many airshows and flyovers. They also fill in for the local Air National Guard when they are unable to fly over a memorial service.

Like every great pilot, Ford is always looking for ways to improve flight performance on his Vans Aircraft RV-8 to make flying in these events even easier.  He first heard about the gains that could be had with a Hartzell propeller from another pilot, and reached out to the Hartzell team for more information.

Ford met up with the Hartzell team at the Oshkosh Airshow, where the West Coast Ravens were among the 30 ship opener. Ford and the Hartzell team talked about his aircraft and existing propeller setup, as well as the performance gains Ford hoped to achieve. After the meet, Ford was convinced this was the right propeller for his aircraft, and ordered a prop and spinner approved for mounting on his RV-8.

Ford’s mechanic equipped the propeller easily, and Ford started noticing performance improvements immediately “Upon initial power up to depart the runway,” Ford said, “I noticed a significant increase in power resulting in a shorter takeoff than usual. On takeoff, it pushed me back in the seat. It actually scared me a little, like driving a really fast car.  I am highly impressed with the efficiency of this propeller. It really takes advantage of the full power potential of the engine!”

He also appreciated the improvements in landing distance. “With the larger surface area this propeller provides,” Ford said, “it really helps in slowing the airplane down quickly, especially nice when landing on short fields or in the back country of Idaho. My takeoff and landing distances have substantially shortened! Every RV owner needs to consider getting a propeller like this.”

He was also pleased with the aesthetics of the propeller itself.  “I am really impressed with the propeller,” Ford said. “Initial testing has been fantastic.  And – it looks great too. This will be a real head turner as I take this to airshows. Everyone who has seen this propeller just can’t believe it.”

Ford was delighted to have his prop equipped and tested ahead of its first big event: The Reno Air Races. The new Hartzell prop is “absolutely stunning,” Ford said. “But the best part is the performance boost I have gained.”