Propelling Aviation into the Electric Age

Globally, aircraft account for around 1.5%-2% of global CO2 emissions. As public concern about the environment rises, the aviation industry is taking action to adapt and design innovative aircraft that reduce the environmental impact of flying. And with tech start-ups and established aerospace companies now joining forces, fossil fuel-free electric flight is quickly transforming from a futuristic vision into reality.

Reducing emissions is not the only reason the aviation industry is reimagining the modern aircraft. Electricity is more environmentally-friendly, but it’s also more affordable for owners and operators than conventional avgas. Small aircraft, in particular, are expected to experience significant cost-savings on shorter trips when powered by electric propulsion systems.

Aviation’s impact on the environment can’t be ignored, but neither can its contributions to local and global economies. General aviation plays a vital role in connecting businesses and industries, as well as providing a transportation lifeline to remote communities around the globe. As the industry takes its first steps toward the electric aviation revolution, general aviation prototypes are leading the charge.

In December 2019, electric propulsion company, magniX, and Vancouver-based seaplane operator, Harbour Air, made history with the world’s first flight of an all-electric commercial aircraft. The six-passenger DHC-2 de Havilland Beaver seaplane was modified to run on magniX’s 750-horsepower magni500 electric propulsion system with a four-blade Hartzell composite propeller. Piloted by Harbour Air founder and CEO Greg McDougall, the all-electric “eBeaver” took off and landed on the Fraser River for a four-minute test flight. The milestone earned magniX the recognition of “Most Innovative Energy Company of 2020” by Fast Company.

The eBeaver prototype is a glimpse into the future of commercial electric aviation, which still has some technical challenges to overcome. One major barrier to long-haul electric flight is limited battery endurance. Currently, battery technology doesn’t offer nearly as many miles per gallon compared to avgas.

As a coastal commuter airline, Harbour Air makes frequent, short trips up and down the coastline of British Columbia and Washington state. Since all flights are less than 30 minutes, the battery technology isn’t a limiting factor. According to magniX, the electric drivetrain will only cost $12 per operating hour. Once certification is complete, Harbour Air intends to equip its entire fleet with magniX’s all-electric propulsion technology. 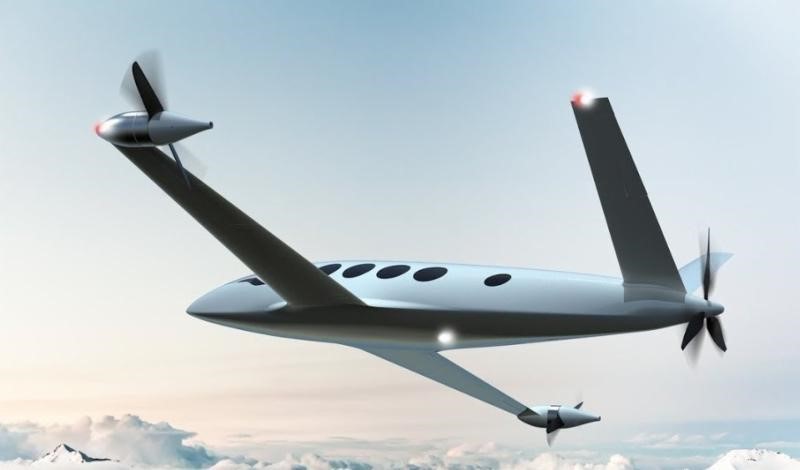 MagniX is also supplying its electric powerplants to the Eviation Alice, an all-electric, nine-passenger aircraft currently in development. The commuter aircraft will be built using lightweight composite materials and has a proposed range of 650 miles with a projected speed of up to 240 knots. Electric motors (made available from either Siemens or magniX) will spin three custom-designed Hartzell propellers – two at the wingtips and another on the rear fuselage. Eviation unveiled the Alice prototype at the Paris Airshow in 2019 and aims to begin short-range commercial flights within the next few years.

The “electric aviation age” may still be years away, especially for large commercial aircraft. Until then, innovative partnerships are setting the stage for the future of sustainable, more affordable flight.

At Hartzell, we enjoy working with experimental builders who are actively testing new technologies, including electric aircraft. As the global leader in advanced propeller design and manufacturing, Hartzell Propeller is uniquely qualified to assist in the creation of custom propellers for electric propulsion systems.

Our talented team of mechanical, aerodynamic, and structural engineers has decades of experience in the aerospace community. We will work closely with you to understand the requirements and performance objectives of your hybrid-electric or all-electric aircraft so we can design the best product for your needs. Please contact us today to learn more.