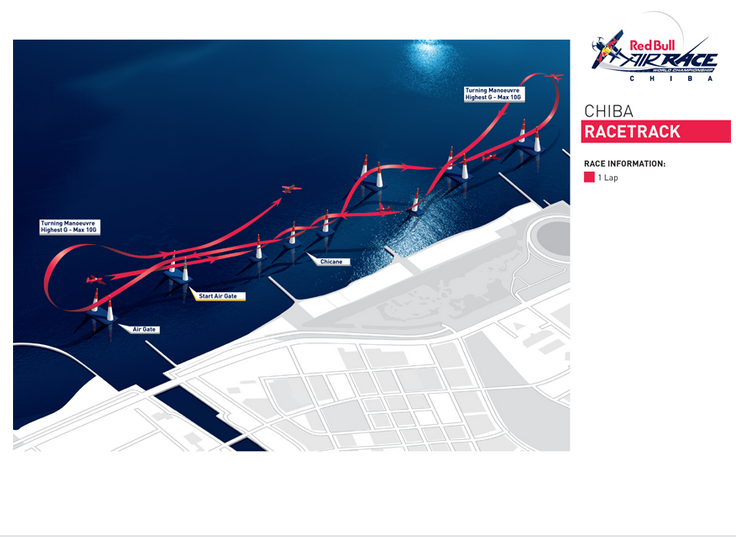 The second contest of the 2015 Red Bull Air Race World Championship gets underway this weekend. The field of competition is Makuhari Seaside Park in the sprawling metropolis of Chiba, Japan. Chiba was the birthplace of Japanese civil aviation. Today it hosts a number of leading biotech firms. It’s a city built on the strength of machines, but made great through the power of human intelligence — the perfect pairing for the air races.

Though this is only the second race of the season, the current standings promise to make it a critical point in the championship hunt. Paul Bonhomme of Britain comes into Chiba in first place, having won the season-opener in Abu Dhabi. He finished third overall in the 2014 championship. Winning two consecutive races out of the gate would send a big statement about his intentions for the 2015 season. However, both pilots a that beat him out last year are tight on his heels. Fellow Brit Nigel Lamb, the 2014 World Champion is looking to recover from a disappointing fifth place finish in Abu Dhabi. Hannes Arch, who placed second overall in 2014, is ranked fourth and looking to Chiba as an opportunity to gain valuable points in the 2015 championship hunt. While these narratives are fascinating and will, no doubt, add to the exciting narrative of the race, they are not the most provocative story that will play out this weekend.

The competition’s sole Japanese pilot, Yoshihide Muroya, will have the eyes of a nation on him as Japan hosts its first Red Bull Air Race. “Yoshi,” as he is known to the other pilots, has been flying since 1991 and rose to become the top aerobatic pilot in Japan. Despite his years of experience, Yoshi finished the 2014 season in ninth place. He’s currently sixth in this year’s standings. A win on his home turf could go a long way toward turning Yoshi’s (and Japan’s) air race championship dreams into reality.

You can watch the race live (starting at 3am) on RedBullAirRace.com.