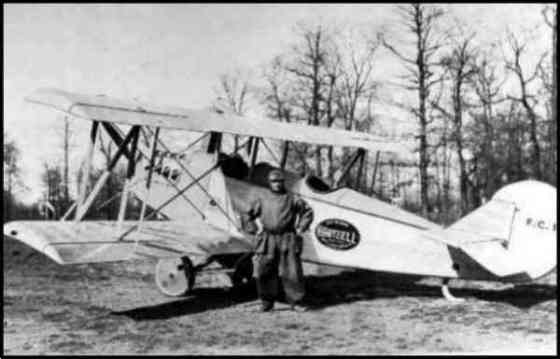 Remembering the Hartzell FC-1 (part one)

Today, the Hartzell team is taking a step back from producing the best airplane propellers for sale anywhere in the world to remember a moment from our past. A historically-minded Hartzell fan recently brought to our attention the 90th anniversary of Hartzell’s FC-1, one of only two aircraft conceived designed and produced entirely by members of the Hartzell Propeller team. The official anniversary was in October, but we’re hoping the exceptional story of the FC-1 will make up for the belated celebration.

Like many firms, Hartzell dramatically expanded its manufacturing capacity during WWI to accommodate production of both gun stocks and “Liberty” wooden aircraft propellers for the war effort. Lesser known (outside of Piqua, Ohio) are Hartzell’s efforts to avoid cutting employment after the war. The allied victory in 1918 was cause for celebration, but it also meant a sharp decline in the demand for new aircraft parts. Many manufacturers of the era retreated in the face of such trying times; their firms and names slowly faded into obscurity. It may have been the community attitude of Piqua, a town built on aviation, or the sheer innovative determination of George and Robert Hartzell, but the Hartzell Walnut Propeller Company took bold action to save as many local jobs as possible. Into the arms of this necessity, the Hartzell FC-1 was born.

Designed by Frederick Charavay and sporting a post-war surplus Curtiss OX5 engine, the FC-1 was the world’s first flying machine built entirely from plywood. Charavay’s ultra-lightweight design was meant to illustrate the art of aviation engineering, rather than the pursuit of raw power. Less than a month after photo above was taken, this small plane from small town Ohio would shock the globe.

Come back Monday for this story’s climactic conclusion as the FC-1’s pilot, Walter E. Lees, takes on the world in at the first International Air Race of 1923.