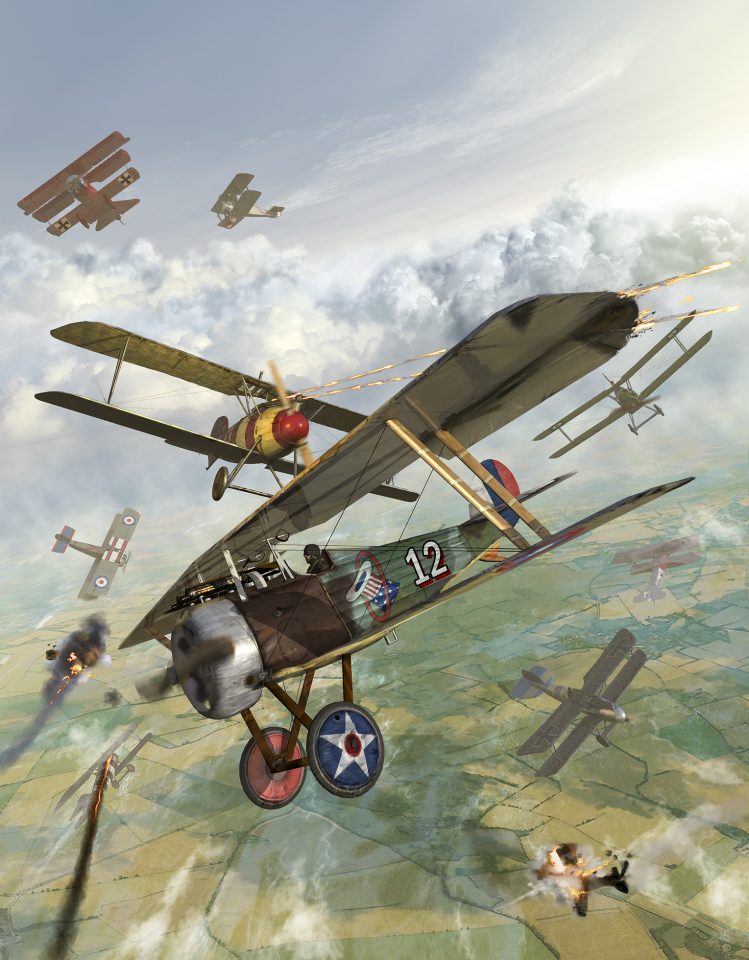 Sync Gear: How World War I Fighters Avoided Damaging Their Own Propellers

Did you ever wonder how World War I machine gun operators were able to fire from the air without damaging their propellers?

Sync gear, also known as an interrupter or gun synchronizer, was developed during World War I to ensure that an armament attached to a single-engine aircraft could fire through the spinning arc of a propeller without damaging the propeller blades.

As you can imagine, this was a complex problem for engineers to solve, as the rate of a propeller’s spin and the gun’s rate of fire can vary. What they needed to do was synchronize the rate at which these two independent machines operated. Gun synchronization experiments in France and Germany took place in 1913 and 1914 using a mechanical hydraulic link between the two systems. The first true sync gear to enter service was in 1915, in the German Air Service.

By 1930, fighter aircraft came standard with two synchronized rifle caliber machines guns, both of which fired forward through the spinning propeller using an electric synchronization system.

Want to see how it works? Check out this incredible slow-motion video of how sync gear enabled propellers and machine guns to operate in tandem: