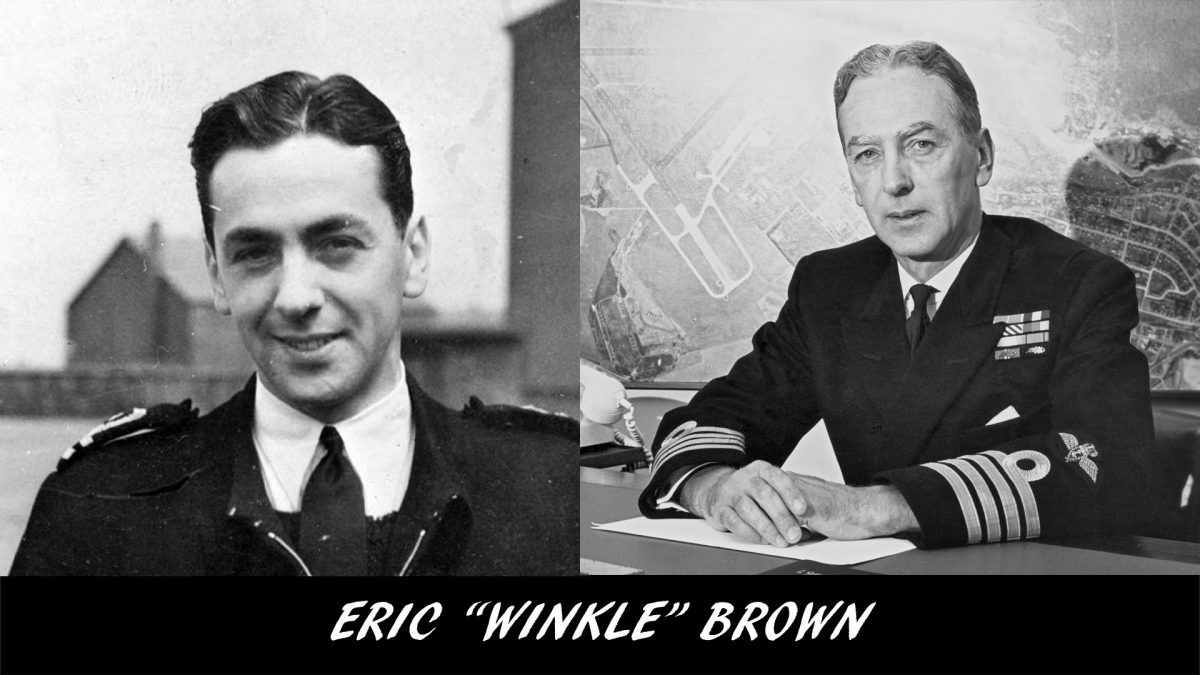 One of the most daring experimental test pilots in history, Captain Eric Melrose “Winkle” Brown, flew 487 different types of aircraft. That’s a world record in the number of different aircraft flown by a single individual!

A legend of British aviation, Brown first pursued his love of flying when he joined the University of Edinburgh’s air unit in 1937. He became fluent in German, and was an exchange student in Germany when World War II began. Upon his return to the United Kingdom, Brown joined the Royal Navy Volunteer Reserve as a Fleet Air Arm pilot.

Because of his fluency in German, Brown became a major asset to the Allies. He led Operation Enemy Flight, a mission to northern Germany, where he helped liberate the Bergen-Belsen concentration camp.

After World War II ended, Brown commanded the Enemy Aircraft Flight, an elite group of pilots who test-flew captured German aircraft. This task proved incredibly dangerous, as the German pilots often destroyed manuals before they were captured, leaving Brown with only his intuition and experience to guide him. Brown was also instrumental in testing aircraft during the advent of flight. He flew hundreds of new and experimental aircraft, including German jets and rocket planes.

Brown soon became a master of landing aircraft on carriers in treacherous waters. He landed the first aircraft with a tricycle undercarriage on a carrier, and later became the first pilot to take off and land on a carrier in a jet-propelled aircraft in 1945.

Brown also pioneered safety techniques used by military pilots today, and became the most-decorated pilot in the history of the Royal Navy. He also holds the world record for the most takeoffs and landings on aircraft carriers ­– 2,407 and 2,271, respectively.

It was Brown’s Royal Navy colleagues who affectionately nicknamed him “Winkle,” short for “periwinkle,” a small sea mollusk. Brown was given the nickname because of his short stature– at 5 feet, 7 inches tall, Brown told BBC he attributed his survival of dangerous test flights to his ability to “curl himself up in the cockpit.”

Brown harbored a lifelong passion for aviation– his last flight was in 1994, at the age of 75. He authored several books on his experiences and contributed dozens of articles to aviation magazines and journals. A true aviation trailblazer, Brown passed away in February of 2016 at the age of 97.