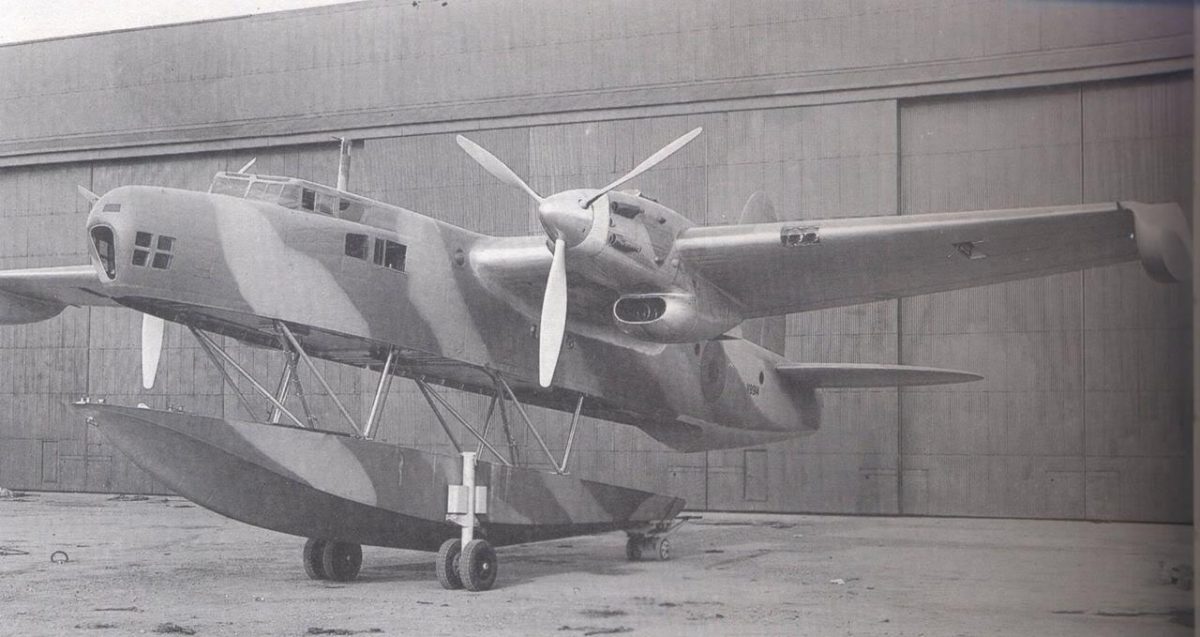 During World War II, the demands of war drove a sharp increase in aviation innovation. Between 1939 and 1945, more aircraft were produced by the world’s air forces than in any other period before or since (total production from 1940-1945 is estimated at over 295,000 aircraft. Compare that to today, where only a few thousand are produced worldwide every year). Not all of these innovative aircraft were considered a success, however. The number manufactured included some obscure experimental aircraft that were eventually deemed unsuitable for combat. Here are a few of these intriguing and often overlooked aircraft developed in WWII.

The Blackburn B-20 was built in 1940 in an attempt to combine the features of a floatplane and flying boat. It featured a large float under the fuselage and two smaller floats near the wings, which folded into the plane during flight. This feature gave the B-20 much more speed than other flying boats. However, during a test flight, the prototype was unsuccessful. While production soon ended for the B-20, you can still see what remains of the aircraft on exhibit in the Dumfries and Galloway Aviation Museum.

Known as the “Hummingbird,” the FI-282 was designed by Anton Flettner for the Luftwaffe. While Germany experimented with helicopters for years, the FI-282 was the first generation of helicopters to be mass-produced. Flettner designed the helicopter to have intermeshing rotors with crossing blades, allowing the F1-282 to fly without needing a tail rotor. After the war, Flettner immigrated to the U.S., where he designed helicopters for the U.S. Air Force.

The Fireball was the Navy’s first jet fighter, and was equipped with an unusual power system, a propeller in the front and a jet engine in the rear. During takeoff and landing, the Fireball’s pilots used its propeller engine and reserved the jet engine for when they needed an extra boost of speed. Ryan only produced 66 Fireballs because the fighter was deemed too slow for carrier operations, even with the jet engine.

The aptly named “Flying Pancake” was a flat, disc-shaped aircraft powered by two piston engines that drove propellers on either side of the wingtips.  With a wingspan of 23 feet, the V-173 could take off at low speeds and land in small spaces. The aircraft was so peculiarly shaped that it was often mistaken for a UFO during test flights. Only one V-173 was ever manufactured.

During World War II, a need arose for a long-range fighter to escort the Boeing B-29 Superfortress on bombing missions. The U.S. Air Force met this demand by joining two lightweight airframes together to create a twin fuselage fighter. The F-82 holds the record for the longest nonstop flight ever made by a propeller-driven fighter for its flight from Hawaii to New York without stopping to refuel. Although the war ended before the Twin Mustang could be mass-produced, it later served in the Korean War.