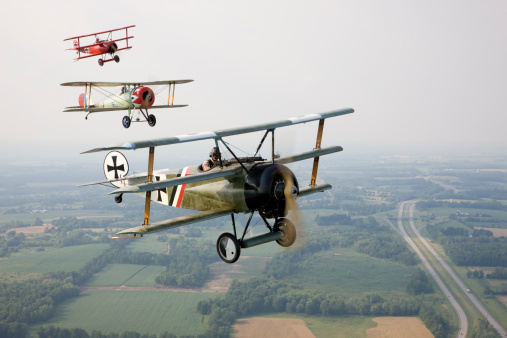 After the Wright Brothers’ historic flight in 1903, it was only a matter of time before aircraft were designed to aid in military operations. World War I saw the first use of manned aircraft in combat. Necessity powers innovation, and it was aviators who took to the skies during the war who quickly helped to advance the technology of flight, largely through trial and error.