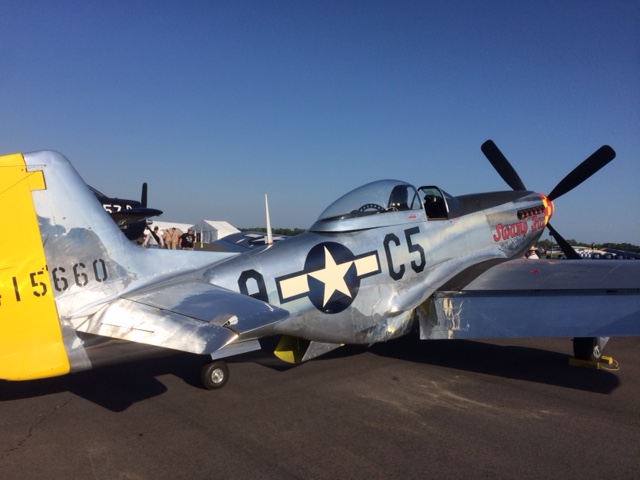 They were famous, stylish, and they just looked fast. Their versatility also decisively turned the course of World War II in favor of the Allies. That’s why aviation experts consider the P-51 Mustang the best all-around fighter of World War II. Here are some things you may not have known about this iconic aircraft.

With its Rolls Royce Merlin 60-series engine, the P-51 Mustang flew at more than 500 MPH. It was also able to fly long-range, high-altitude missions. These “little friends” as bomber pilots called them, were used heavily as long-range bomber escorts, allowing the British and American air forces to penetrate deep into German-occupied areas. The Mustang was also a superior aerial fighter, which enabled many pilots to earn their “Ace” status, including a 21-year-old pilot named Chuck Yeager in 1944.

After the war, the United States Air Force sold many of its remaining Mustangs as surplus to our strategic allies such as Venezuela (FAV), Haiti (FAH), the Philippines, and Korea. By the 1980s most P-51s were in the hands of private owners around the world.

Mustangs were, and still are, the most recognizable American fighter of World War II, primarily because of their unique paint markings. The Tuskegee Airmen painted their Mustang tails with their signature red color. Today it’s not unusual to find P-51s with historically inaccurate markings. Some planes have been repainted with the owner’s favorite military insignia, or even invented markings. It’s also not unusual to find brand new Mustang P-51 reproductions instead of original restored planes. That’s because the P-51 is a true classic.

Today, there are only about 300 original P-51’s in existence.  So if you manage to set your eyes on one of these famous fighters, count yourself in luck!