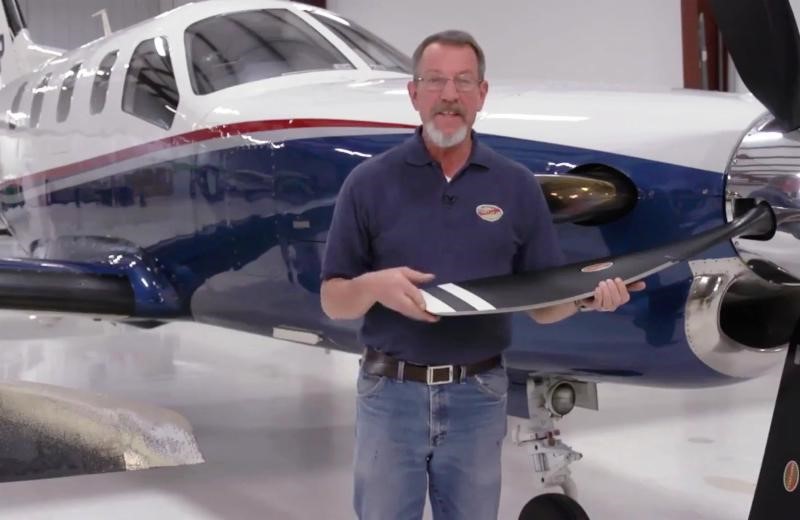 Corrosion is one of the greatest enemies of aircraft owners. Left undetected and untreated, corrosion will deteriorate an aircraft’s structure or parts, leading to safety hazards and expensive repairs. While corrosion is a natural and inevitable process, it can be treated and even removed if it is detected in a timely manner. In this series on aircraft corrosion, we’re providing helpful information on how to identify, treat, and prevent corrosion. Today, we’re sharing tips for detecting corrosion through visual inspections.

Where to look for corrosion

Areas of aircraft commonly damaged by corrosion include the wheel wells and landing gear, battery compartments and battery vent openings, wing flaps, engine frontal areas, and the propeller. Propeller corrosion can be particularly insidious, occurring on the surface of the blade itself or hidden within the propeller hub. Metal propeller blades are subject to corrosion because they are constantly exposed to harsh, corrosion-producing elements from the environment. Corrosion can also occur on the surface of the airplane if the protective layer of paint has been damaged or removed. Additionally, certain aircraft models may have corrosion-prone “trouble spots” to be aware of. Refer to your aircraft’s maintenance manual for information on possible corrosion-prone areas.

The sooner you detect corrosion on your aircraft, the better. Conducting frequent inspections will enable you to treat or remove corrosion before it causes extensive damage. Before inspecting, clean your aircraft so you don’t miss signs of corrosion hidden underneath dirt or grease. During daily or preflight inspections, check all easily accessible areas of the aircraft for signs of damage. Look for obvious signs of corrosion, including the presence of gray or white powdery deposits on aluminum surfaces or rust-colored deposits or stains on steel. Run your hand along the aircraft to detect skin bulges, cracks, or blisters in the paint. Use visual aids, such as special light probes, angled mirrors, optical instruments or magnifying glasses, to inspect areas that aren’t visible to the naked eye.

Once detected, corrosion should be taken seriously and addressed quickly to avoid frustrating and costly repairs. For more tips on identifying corrosion, review the FAA Advisory Circular 43-4B and check back for the next part in this series, where we’ll discuss ways to prevent, treat, and control corrosion.