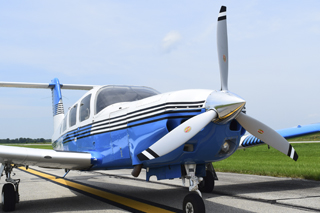 The General Aviation Manufacturers Association (GAMA) recently hosted its annual State of the Industry press conference, held in a virtual format for the first time. During the conference, GAMA shared the 2020 year-end general and business aviation aircraft shipment and billing data, provided industry updates, and featured a panel discussion with industry leaders on the issues important to general aviation.

As expected, COVID-19 had a significant impact on the general aviation industry, affecting manufacturers, suppliers, and businesses around the country that rely on general aviation. In 2020, aircraft deliveries reached a value of $22.8 billion, a decrease compared to $27.3 billion in 2019. Deliveries for piston airplanes remained steady, while turboprop, business jet, and helicopter deliveries declined as compared to 2019.

Yet, despite these setbacks, the general aviation industry remains resilient. According to GAMA, many segments saw a rebound in the fourth quarter of 2020, offering reasons for optimism in 2021.

“While we continue to face headwinds globally, all signs point to strong demand for our products and services,” said GAMA President and CEO Pete Bunce. He added, “As we progress through the recovery process, our member companies have made the health and safety of their employees and that of their suppliers an overarching priority, and rigorously support economic policies that preserve our skilled aerospace workforce.”

Next, a panel of industry leaders discussed issues ranging from making sustainable aviation fuel accessible to building a highly skilled and diverse aviation workforce. The panel also highlighted the promise of emerging aviation technologies, including GA aircraft with electric propulsion.

Roei Ganzarski, CEO of MagniX, which develops motors for electric aircraft, noted the potential long-term impact the pandemic may have on how the public prefers to travel.

“People still want to fly,” he said. “But maybe they want to fly from smaller airports around their home as opposed to going to a large hub with large TSA lines and a lot of people. Maybe they want to have a smaller environmental impact when they fly.”

He added, “The move to smaller aircraft and smaller airports could be the future of the way we look at transportation.”

GAMA’s year-end findings will be used to help educate policymakers and leaders about the value general aviation manufacturing creates in the United States and around the world.