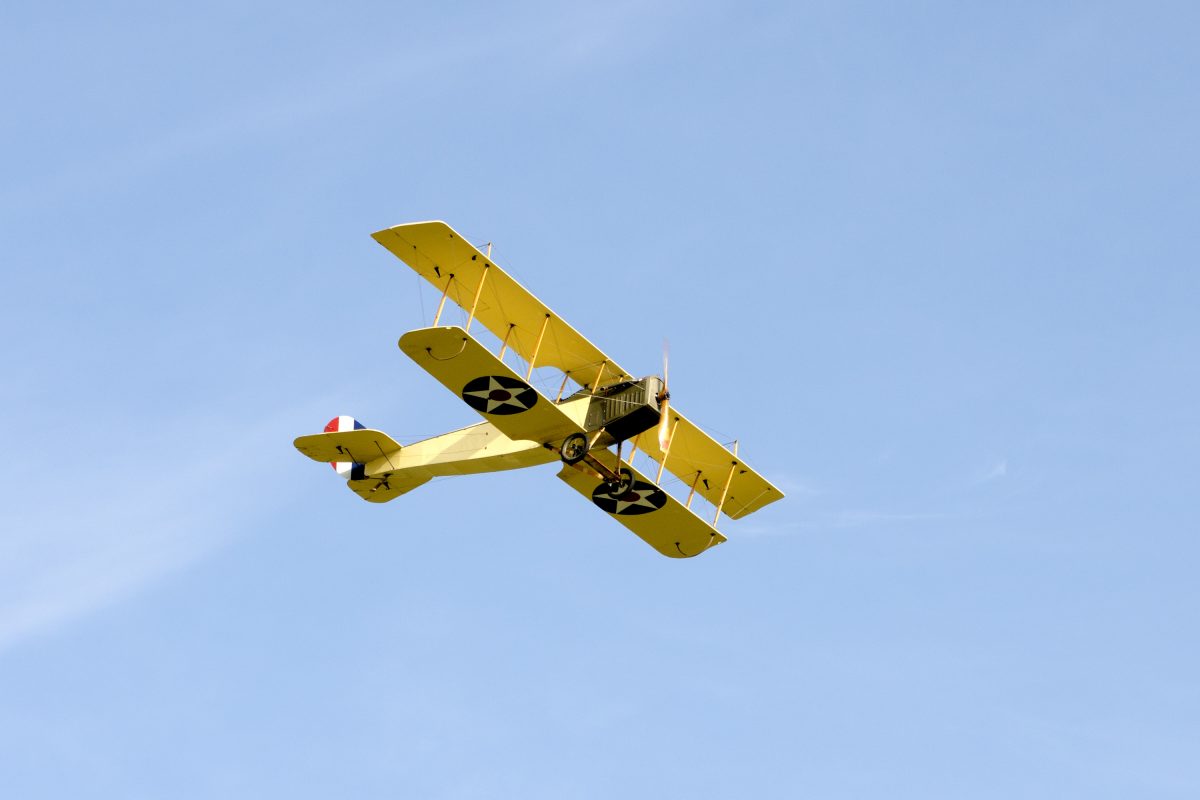 It’s difficult to imagine where aviation would be today without the influence of Glenn Curtiss and his revolutionary biplane, the JN-4, popularly known as the “Jenny.” Manufactured in the thousands, the Jenny played an instrumental role in driving the progress of civil aviation and introducing flying to the public.

The JN-4 was developed in 1916 after Glenn Curtiss was commissioned by the U.S. Army Air Signal Corps to build an easy-to-fly aircraft to train beginner pilots. Curtiss hired European designer B. Douglas Thomas to lead the JN-4 project, which was based on Curtiss’ earlier JN-2 design. A twin-seat, dual-control biplane, the JN-4 was powered by a tractor propeller and the newly developed Curtiss OX-5 V8 engine, giving it a top speed of just 75 mph. At 27 feet, 4 inches in length with an upper wingspan of over 43 feet and a lower wingspan of over 33 feet, the JN-4 was considered heavy and relatively difficult to handle in landings and stall recovery maneuvers. WWI pilots were said to have joked, “If you can fly a Jenny, you can fly anything!”

Regardless of its underwhelming performance, the JN-4 Jenny was ordered in large quantities by both the US Army and Royal Flying Corps based in Canada, making it the first mass-produced American aircraft. Later models in the JN series saw improvements in the aircraft’s control and stability. In 1917, Hartzell Propeller even designed some of our first propellers for various JN trainers.

It’s estimated that nearly 90 percent of American pilots trained in a JN-4 Jenny during World War I, making it one of the most influential aircraft of World War I. While it was popularly used for primary flight training, some Jennys were equipped with machine guns and bomb racks for more advanced training purposes. After the war, thousands of surplus JN-4s were sold to private owners at affordable prices, which ushered in the era of barnstorming.

Barnstorming pilots exposed thousands to aviation through passenger rides and “aerial circuses,” which helped pave the way for today’s modern airshows. With its long, wide wings and slow speed, the Jenny proved ideal for wing-walkers and other stunt performers and soon became the mainstay of the barnstorming era.

In addition to earning fame as a stunt plane, the Jenny was also used by private pilots who established charter flying services and flight schools. The growing interest in civil and commercial aviation created a need for airports and better runways around the country.

Numerous famous pilots got their start flying in a JN-4, including Eddie Rickenbacker, Charles Lindbergh, and Amelia Earhart. In 1918, the Jenny was even used in the first regularly scheduled airmail carrier route. It’s safe to say that without the Jenny – and the pilots who learned to fly in the aircraft – there might not have been a demand for civil or commercial aviation.

Barnstorming also created a need for aviation safety regulations for aircraft and pilots. When Federal airworthiness requirements were implemented in the late 1920s, the Jenny failed to meet the regulations. Remaining Jennys were grounded as new aircraft designs were developed to offer better performance and safety.

Today, only a handful of Jenny aircraft remain airworthy, and a number of restored models can be found on display in aviation museums around the country.