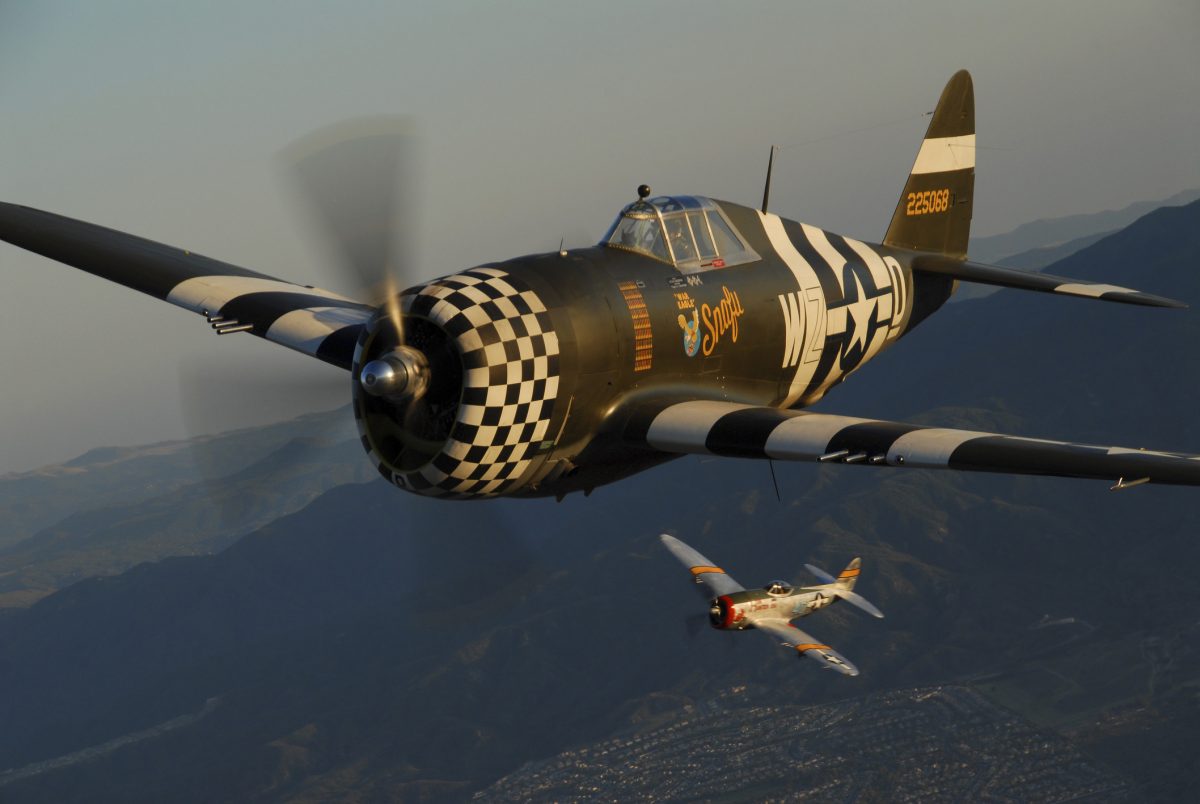 Before the famously fast and stylish P-51 Mustang became the icon of American aviation in World War II, the P-47 Thunderbolt ruled the skies. With an 18-cylinder, 2,600-horsepower Pratt & Whitney R-2800 Double Wasp engine, the P-47 Thunderbolt was among the heaviest fighter aircraft in history to be powered by a single piston engine.

Nicknamed the “Jug” by American pilots for its oversized profile shape, the P-47 was originally intended to be a lightweight aircraft. Built by Republic Aircraft and Designed by Alexander Kartveli, the P-47 was supposed to be a “featherweight inceptor.” However, as the war progressed in Europe, Kartveli adjusted to design a heavier and more powerful prototype.

The P-47 was large; with a maximum weight of 17,500 lbs, the aircraft stood at 14 feet, 8 inches in height and 36 feet, 2 inches in length. The Thunderbolt carried an impressive eight .50 caliber machine guns and known to pack a punch in aerial warfare.

With an airspeed of approximately 400 mph at 25,000 feet, the Thunderbolt was praised for its high-altitude performance and nimble handling, and soon proved to be successful at ground attacks. The P-47 also boasted a tough exterior and armored cockpit that could absorb massive amounts of damage while keeping the single pilot safe. The aircraft’s durability and power enabled many military pilots to earn their “Ace” status.

Before production ended at the conclusion of World War II, more than 15,000 Thunderbolts were manufactured. Remaining P-47s were used by the United States military through the 1950s as spotters for rescue aircraft. Today, a number of Thunderbolts can be found in museums across the country, and a few vintage planes are still operable.