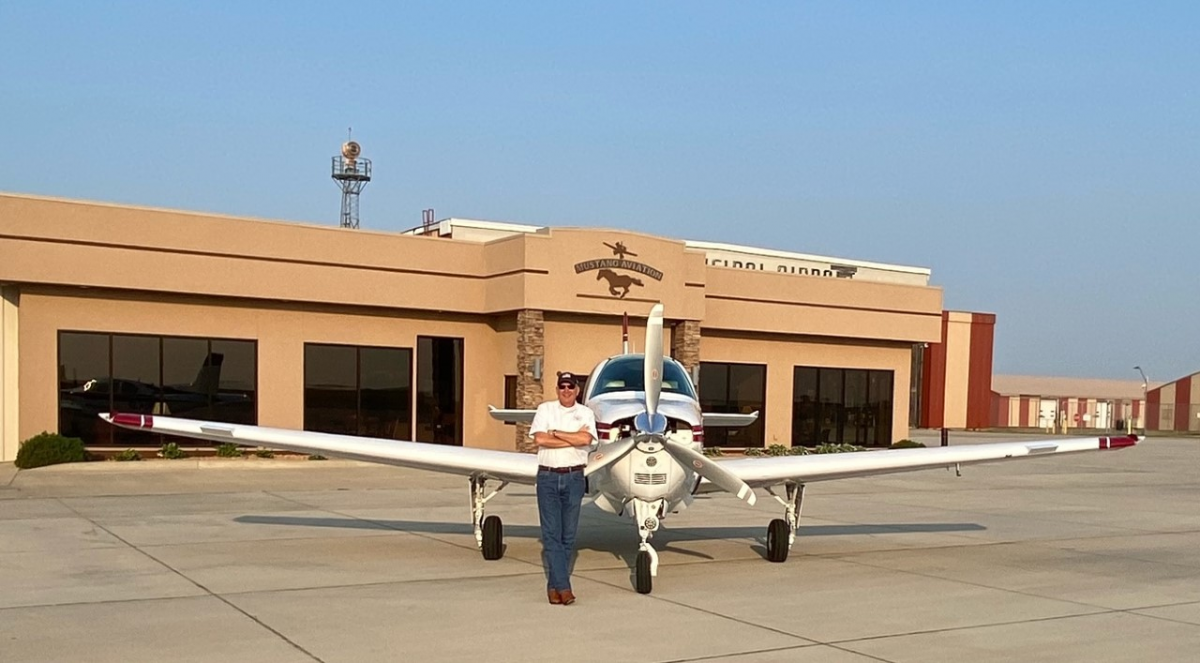 Aerobatics in a Beechcraft Bonanza? How Pilot Jim Peitz Makes it Possible

Jim Peitz doesn’t remember the exact moment he decided to become a pilot. Growing up in a family of aviators, taking to the skies came naturally — and he hasn’t looked back since.

After his father taught him to fly in the 1970s, Jim was bitten by the aerobatics bug and began aerobatic training in 1992 in a Christian Eagle.

“I’d flown aerobatics before, but never really owned a true aerobatic airplane,” said Jim. “With the Christian Eagle came the opportunity to really perfect my craft and get into the air show and aerobatics side of aviation.”

Jim flew aerobatics in the Christian Eagle for about eight years, followed by a 14-year run in an Extra 300L. Today, the primary airplane Jim performs in — a certified aerobatic Beechcraft Bonanza (F33C) — consistently takes air show fans by surprise.

“The Bonanza is best known as a four or six-place family airplane, so folks don’t expect you to jump into a full aerobatic routine in one,” explained Jim. “At some of the larger air shows where you’re marshaled to and from the air show site, I’ve even had people try to peel me off thinking I’m just someone who fell into the wrong line.”

Once in the air, Jim’s specialized Bonanza is capable of a wide range of aerobatic maneuvers, including loops, point rolls, barrel rolls, snap rolls, Cuban eights, and hammerheads. As one of the few aerobatic Bonanzas ever built, Jim’s airplane is true show-quality and equipped with a head-turning smoke system.

“That surprise factor is really fun,” he said. “When I’m coming around the corner close to 200 knots and go vertical in a Bonanza, everyone kind of flips out because they don’t think that’s supposed to happen. So from there on, you’ve got their attention through the rest of the routine.” 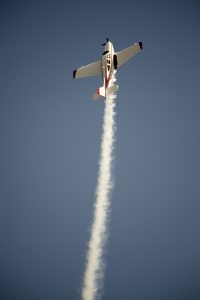 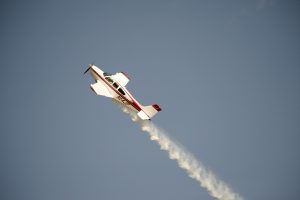 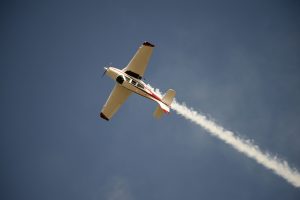 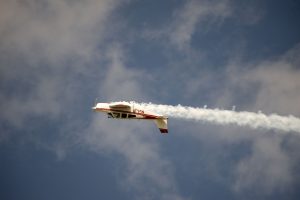 “After making the switch, the performance was night and day,” said Jim. “My Hartzell prop does a really nice job of providing the energy that I need at the top of a maneuver or a precarious position in a specific sequence of the routine.”

“Especially when conditions are severe and density altitude is high, I really lean on the performance and efficiency of my Hartzell prop,” he added. “It delivers every time and gives me the margin of safety I need.”

“In our maintenance facility, we’re proud to put Hartzell props on airplanes at every opportunity,” said Jim. “We believe in the efficiency and quality of their product and the company’s promise of Built on Honor. It’s more than a slogan, it’s something that everyone at Hartzell lives by, and I really respect that.”

When he’s not dazzling air show crowds or flying for business, you can find Jim flying just for fun. He enjoys taking his Cessna 180 out to the backcountry for fishing or pheasant hunting in the expansive countryside of South Dakota. Over his nearly 50-year flying career, he’s amassed over 20,000 hours in the cockpit.

“I fly a lot, probably 500 to 600 hours a year at least,” said Jim. “I’ve flown between 140 and 150 aircraft types, mostly through our airplane sales company, but also through charter and freight services and the flight instruction side of our business. I’ve been blessed to have opportunities to fly everything from Piper Super Cubs to jets to some of the World War II vintage airplanes.”

When asked to sum up what aviation means to him, Jim said, “I believe that general aviation is one of the greatest freedoms we enjoy in this country, and we need to not take it for granted. We need to protect and preserve it because it’s pretty special.”

You can catch Jim performing in air shows around the country. Some of his most recent performances have included EAA AirVenture 2021 and the 2021 STIHL National Championship Air Races in Reno. And if you find yourself in central South Dakota, whether you’re just passing through or planning a pheasant hunting trip, be sure to visit Mustang Aviation to enjoy the FBO’s many amenities.