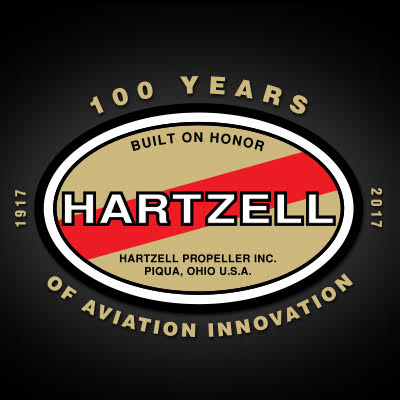 In 1986, the Rutan Model 76 Voyager became the first aircraft to fly around the world without stopping or refueling. Together, Richard “Dick” Rutan and Jeana Yeager piloted Voyager on its record-breaking flight, pushing the limits of aviation and joining the ranks of history’s pioneering pilots.

Born in 1952 in Fort Worth, Texas, Jeana Yeager had an early passion for engineering. Yeager (who has no relation to fellow record-setting test pilot Chuck Yeager) earned her private pilot’s license in 1978 while studying aerospace design and commercial engineering draftsmanship in Santa Rosa, California. She originally wanted to learn to fly helicopters, but soon became more interested in flying high-performance aircraft.

Dick Rutan was born in Loma Linda, California in 1938. Like Yeager, Rutan was fascinated with aviation from a young age, earning both his pilot’s license and driver’s license on his 16th birthday. A retired U.S. Air Force lieutenant, Dick would later use his flying skills to test high-performance, light aircraft designed by his brother, Burt Rutan.

Yeager met Dick and Burt Rutan at an air show in 1980. Soon, she began flying the Rutan EZ in competitions, setting several women’s speed and distance records. In 1981, Yeager and the Rutan brothers teamed up to pursue an ambitious dream: to build, test, and fly the first aircraft to circumnavigate the globe without stopping or refueling. The previously-held record for distance without stopping or refueling was 12,500 miles, set by a B-52 in the early 1960s.

After sketching their initial idea on a napkin, Yeager and the Rutans formed Voyager Aircraft, Inc. The Voyager aircraft took nearly six years to design, develop, and construct with the help of a group of dedicated volunteers. The project did not receive government funding but was supported entirely by private donors and companies who donated parts and materials.

The innovative aircraft was designed by Burt Rutan, who knew that using extremely lightweight, durable composite materials – Kevlar, fiberglass, and graphite – would enable the aircraft to hold more than several times its weight in fuel. Often called a “flying fuel tank,” Voyager had a wingspan of 111 feet, with eight fuel tanks on each side of the aircraft and a main fuel tank in the center for a total of 17 tanks. Voyager’s airframe weighed only about 939 pounds, but when its fuel tanks were full, the takeoff weight exceeded 9,700 pounds.

Voyager was equipped with front and rear propellers powered by separate Continental engines. After the loss of a propeller during a test flight, Rutan made the decision to switch to new, custom-made Hartzell propellers which were designed, built, and delivered in just 17 days.

Dick Rutan and Jeana Yeager received intensive training in over-water navigation and communications as they prepared for the record-breaking flight. In the cramped cockpit, Yeager and Rutan would take turns: one pilot would fly the plane and communicate with ATC while the other provided support with navigation or rested.

On December 17, 1986, Voyager embarked from Edwards Air Force Base in the Mojave Desert. Voyager’s takeoff roll lasted for two minutes and six seconds and used nearly the entire length of the runway, leaving just 800 feet to spare at liftoff. The aircraft’s wings were so heavy with fuel that the wingtips scraped against the runway, damaging both winglets.

Following a flight path that crossed the Pacific, Indian, and Atlantic oceans, Voyager traveled at an average speed of 115.8 miles per hour. Yeager and Rutan encountered several setbacks on their journey. Thunderstorms and a dangerous typhoon forced them to adjust their flight path and consume extra fuel. Toward the end of the trip, Voyager’s rear engine gave out, causing the aircraft to lose altitude. Power was eventually restored to the rear engine, and the aircraft landed safely in California a few hours later with just eight gallons of fuel left. The successful flight covered a total of 24,986 miles without stopping or refueling in 9 days, 3 minutes, and 44 seconds, setting a world record that remains unchallenged today.

President Ronald Reagan awarded Yeager and the Rutans the Presidential Citizens Medal for their historic achievement. Later, they won the Collier Trophy, marking the first time a woman was awarded the most prestigious trophy in aviation. Today, the Voyager is proudly displayed at the Smithsonian National Air and Space Museum in Washington, D.C.