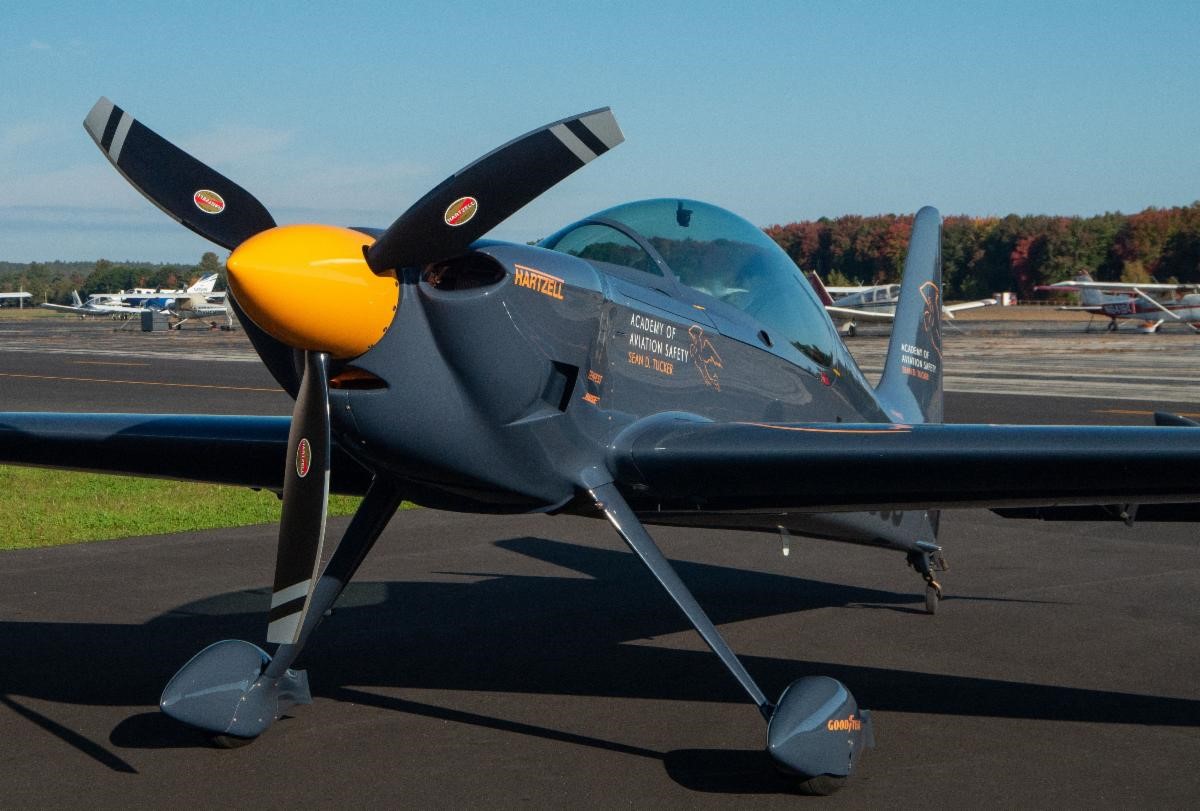 Famed aviator Sean D. Tucker, working closely with Hartzell Propeller, has received FAA Field Approval for the Hartzell composite three-blade Talon performance prop on one of his certified aerobatic GB1 GameBird airplanes. The GB1 GameBirds are powered by 303 horsepower Lycoming AEIO-580 engines and are manufactured in the U.S. by Game Composites.

This aircraft is the first of four tandem-seat GB1 GameBirds that Tucker’s new formation aerobatic team will be flying on aerial demonstrations, all featuring Hartzell Talon propellers in place of factory standard equipped propellers. The all-composite GB1 GameBird is an unlimited aerobatic competitor, and with a 1,000 nautical mile range, it is also capable for weekend trips.

Tucker has flown his GameBird equipped with Hartzell’s three-blade Talon performance prop in direct competition with a GB1 factory standard four-blade wood-core prop. The two aircraft had the same engine configuration, same weight, same fuel load. The aircraft with the standard prop had a pilot that was 16 pounds lighter.

“I did a head-to-head race with the Talon prop on my GameBird against the standard four-bladed prop. We went full RPM and full throttle, and I just ran away, at least 12-15 miles an hour faster,” Tucker said.

“I mean, ran away. It was stunning. It was like I had another 30 horsepower on the engine compared to the other one, and both engines were the same and everything else was equal,” he added.

He added, “It gives an incredible amount more thrust and thrust is what it’s all about in the aerobatic game. You need that thrust to get over the top when you’re flying in formation with another airplane, and to keep up.”

“I can’t believe a propeller could make that much difference when they’re basically the same diameter. The three-bladed prop is only a little bit bigger. The other good news is that during the testing, we stayed within the noise decibel limits. So, the Talon is not louder. There’s nothing but good that’s coming out of this field approval,”

Tucker is also high on the GB1 Gamebirds: “I bought four of them for my team. And it’s a thrilling airplane. It’s all-composite, state of the art, built in America, built in Bentonville, Arkansas. The founder of the company is a huge aviation aficionado, who is one of the grandsons of one of the founders of Wal-Mart. It’s a fabulous airplane and it’s thrilling to fly. Putting on that Talon prop made it even more of a thrilling airplane.”

About the GB1 GameBird