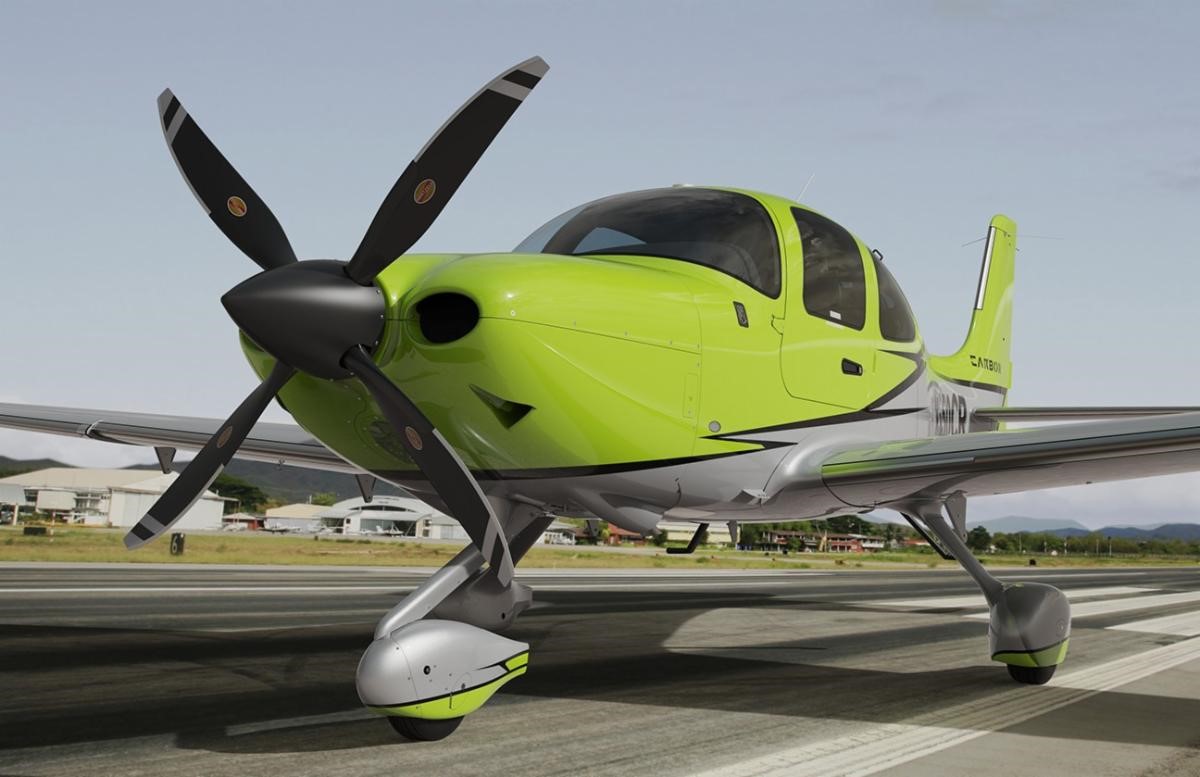 If you’ve received flight training within the last decade, chances are you’re familiar with the Cirrus SR22. Since its introduction, the SR22 has been a top choice for flight schools because of its performance, reliability, and safety features. But the SR22 is more than a good training aircraft. It’s also a popular choice for personal flying, as well as small air charters and air taxi services. In 2004, the SR22 became the world’s best-selling single-engine aircraft, a title it holds to this day.

Cirrus Aircraft Corporation (originally Cirrus Design) got its start in 1984 when brothers Dale and Alan Klapmeier developed the VK-30 kit aircraft in their family’s barn in rural Wisconsin. Soon, the company transitioned to designing certified aircraft. By the mid-90s, the Cirrus began development of an entirely new aircraft design, called the SR20.

The SR20, part of the SR Series, marked several firsts in the general aviation industry. It was the first manufactured light aircraft with all-composite construction and the first to have side-yoke flight controls. But it is best known for being the first production GA aircraft to have an airframe ballistic parachute — the Cirrus Airframe Parachute System (CAPS). The parachute is now standard equipment on all Cirrus aircraft and has saved over 100 lives since its debut.

But, Cirrus didn’t stop there. The company continued to push the boundaries and improve upon the original SR20 design. In 2000, the company received a Type Certificate for a composite piston engine aircraft with a larger wing, greater fuel capacity, and a more powerful engine — the iconic SR22.

The original SR22 was based on the four-seat, all-composite SR20 airframe, but added 2.5’ wingtip extensions, an additional 50% fuel capacity, and a new, more powerful Continental IO-550-N engine. The SR22 also allowed for an extra 300 lbs useful load over the SR20 and increased the climb rate to 1,270 feet-per-minute. In 2003, a complete glass cockpit was added to the SR22 models in place of traditional instruments, making it the first aircraft of its kind to come standard with fully-integrated flat-panel avionics. This move inspired a revolution in general aviation. By 2006, 90% of new light aircraft came with full glass cockpit displays.

Over the years, Cirrus has refined and enhanced the SR product line with superior performance capabilities, innovative technology, and modern style. The airplane still has the 310-horsepower Continental IO-550-N engine and standard Hartzell 3-blade metal propeller or 3-blade structural composite prop available as an add-on. Current SR22 models offer a max cruise speed of 183 KTAS, max operating altitude of 17,500 ft, and a useful load of 1,328 lbs, making it a smart choice for regional or cross-country trips.

In 2010, Cirrus added the turbocharged SR22T to its lineup, which comes equipped with a Continental TSIO-550K turbocharged engine and Hartzell 3-blade lightweight composite propeller.

Interested in learning more about the new Odyssey propeller? Contact us today. We’d be happy to answer your questions!